THE CENTRAL EUROPEAN LIBRARY was launched at the International Cultural Centre in 2009, and the first book published in the series was "The Lesson of Central Europe" [Lekcja Europy Środkowej] by Csaba G. Kiss. Professor Jacek Purchla, the founder of the ICC, its long-term director, as well as the initiator and editor of this series, wrote that its main goal is to capture various cultural phenomena taking place in an area where political borders change much faster than culture, heritage, and memory of past.

This dichotomy is the driving force behind the series, as well as its main point of interest, because each of its books tries to illuminate Central Europe from various perspectives, taking as a starting point either a specific country and its history, or a particular problem, a selected phenomenon taking place across borders, involving many countries.

18 titles have been published in this series so far, including books on Croatia, the Czech Republic, Romania, Slovakia, Turkey, Hungary, Budapest and Lviv. The series also includes essays by eminent intellectuals who root their reflection in this part of the world – Emil Brix’s "Central Europe Revisited: Essays and Sketches", Emil Brix and Erhard Busk’s "A New Look at Central Europe" (translated by Anna Śliwa), Krzysztof Czyżewski’s "Towards Xenopolis", Simona Škrabec’s "Imaginary Geography: Concepts of Central Europe in the 20th Century”, as well as Larry Wolff's “Inventing Eastern Europe” and “The Idea of Galicia”.

The role of the books published in this series is to examine the differences, but also to connect, encourage reflection, record the extraordinary rapidness of changes, build a dialogue, while also keeping the voices of all actors operating on the Central European stage separate and distinct. 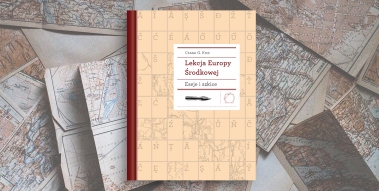 A selection of essays by Prof. Csaba G. Kiss published over the past 15 years in Poland and Hungary. An outstanding expert in Central European issues, the author is a culture historian, political scientist and historian of literature, conducting comparative research on literature in Central Europe, as well as on myths and national emblems in literature. The year 2000 saw the publication of a Polish edition of his Polish Journal (1980-1982). This publication opens the ICC's new series entitled THE CENTRAL EUROPEAN LIBRARY . 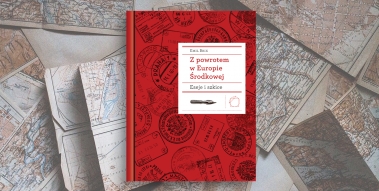 The essays collected in this volume discuss the impact of tradition and pluralism on the modern day lives of people in Central Europe and the whole continent, from the demise of the Habsburg monarchy to contemporary neighbourly relations. 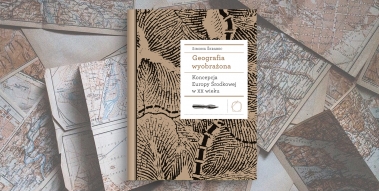 Simona Škrabec – Imagined Geography. A Concept Of Central Europe In the 20th Century

This book tries to explain what Central Europe is and why it is so hard to define, especially with in view of the events which took place here in the 20th century. The imaginary geography of Central Europe and the equally imaginary integrity of the nations that populate it, permit a range of conceptions that consider the region’s cultural complexity. However, as the author notes, they all presume wrongly that there was a common history which formed the identity of Central Europe. 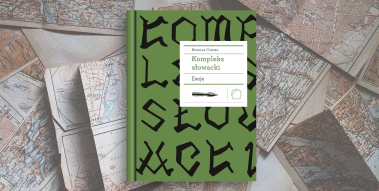 A conversation about the past and the present, especially when concerning what is suppressed and has been displaced, purifies and can help to banish complexes. It certainly encourages to confront them. A brilliant essayist and ironist who lacks nothing of academic precision, Rudolf Chmel persistently confronts the national complex of the Slovaks. 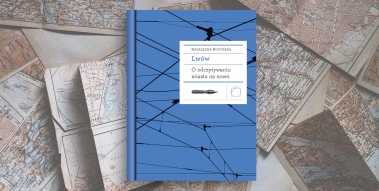 The first holistic approach to the image of Lviv in the literature of various nations. Spanning the whole 20th century, it allows a most clear observation of methods of constructing the Polish, Ukrainian, Jewish, and Russian Lviv narratives, their mutual ties and conflicts. Only against such a background, do today’s controversies and discussions about Lviv’s identity become legible. 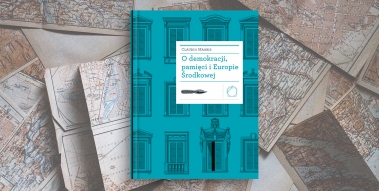 This anthology of essays by Claudio Magris will reveal to Polish readers a new face of the Italian author: not only an eminent writer and historian of literature, but also an intellectual, journalist and citizen passionately interested in the condition of the community, our modern polis, regardless of whether we define it as our city, our country, or our Europe. 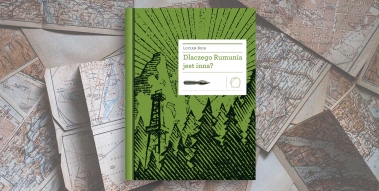 Lucian Boia – Why Is Romania Different?

Romania is a country which has undergone a complicated and paradoxical transformation: from one of the harshest communist regimes to a democratic member state of the European Union. It is a fascinating case – yet the one that requires a new approach, both holistic and critical. This challenge has been adequately met by a volume written by Lucian Boia, Romania’s best historian and one of the major voices heard in the country’s ongoing public debates. In his book, Boia explains the country’s past and present to those who know little or practically nothing about Romania. Those familiar with Romania are confronted with a new interpretation of its history. 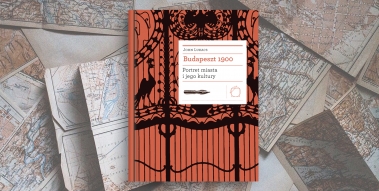 John Lukacs – Budapest 1900: A Historical Portrait of a City and Its Culture

Budapest is one of the most wonderful cities of Central Europe. The paradox of its career is that a mere 150 years ago Buda and Pest, situated on the banks of the Danube, were hardly visible on the map of the European civilisation. Around 1900, the Hungarian capital becomes the sixth largest city of the continent and a major industrial centre in the world! Budapest begins to play the role both of a national capital and a cosmopolitan metropolis. 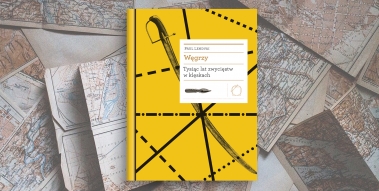 Paul Lendvai – Hungarians. A Thousand Years of Victory in Defeat

If the existence and survival of Hungary can be regarded as a miracle, then Hungarians for centuries have been winners in defeats; to quote the words of Tibor Déry, pronounced after the crushed revolution of 1956: “What is Hungarianness? 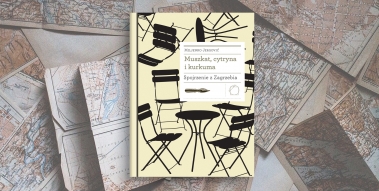 Nutmeg, Lemon, and Turmeric. Observations from Zagreb is the first Polish collection of essays by one of the greatest Croatian writers, brought together by an acclaimed translator Magdalena Petryńska specially for the Polish readers. Starting with the particulars – exhibitions, books, and photographs – Jergović records his reflections on issues that are of personal interest to him, as well as crucial for the understanding of contemporary world – identity, his life in two cultures, a sense of belonging, alienation, emigration. His writings are always uncompromisingly honest. 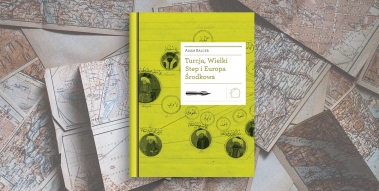 How did Turkish words enter the Swedish language? Is Poland located on the East-West or rather North-South axis? Was Lviv the gate to the Orient or the outpost of Europe? When and how did the first translation of Quran into the Polish language come into being? Was the mythical Turan the prehistoric homeland of the Hungarians and why does Hungarian cuisine smell of oriental spices? 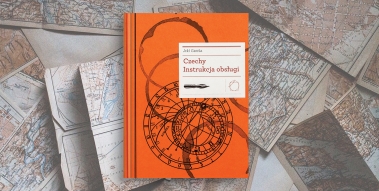 In the late 1990s, the Munich publishing house Piper, specialising, among other things, in guidebooks, invited the well-known Czech writer Jiří Gruša to write a guidebook to Czechia. But Piper guidebooks are unlike other publications of this type - they are always authored by well-known writers and they resemble historical and literary essays about countries or cities rather than “utilitarian” Baedekers. 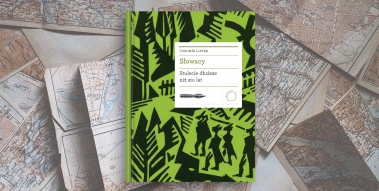 Ľubomír Lipták – Slovaks. A Century Longer Than a Hundred Years

Are the inhabitants of Slovakia descendants of the mythical people of the king Svatopluk that were defeated by the Magyars? When did Pressburg become Bratislava and why did Prague make it its business? What was the story behind the Slovak-Czech “hyphen war”? Finally, how to survive in Central Europe as a member of a small nation haunted by the ghost of historical myths and still preserve a personal approach to one’s own history? 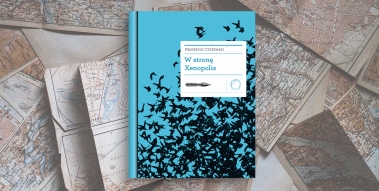 How to overcome a paralysis of mutual prejudice and distrust in a painfully divided community? Why does the weak centre strengthen its borders and put up new fences? What does the “borderland” mean today, and which questions should we avoid there? Finally, what does it mean to “kill a bridge” and why “doomed are those who leave and never return”? The most comprehensive selection of essays by Krzysztof Czyżewski – practitioner of ideas, writer, translator, editor, and director – locates Central Europe in the very centre of the most vital questions and problems today: the crisis of communality, the growing divisions, and increasingly hostile cultural wars. 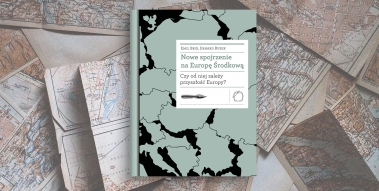 Emil Brix, Erhard Busek – Mitteleuropa Revisited. Does the future of Europe depend on it?

There are two main narratives on Central Europe. To some, Central Europe is a success story of the recent decades, with peaceful political transition and integration with Western European economic structures. To others, it still represents a divided and partly marginalised region, a peripheral buffer zone where political stability can only be sustained at the cost of national populism. 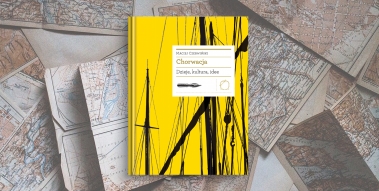 The book is a synthetic look at Croatian history: from the migration to the Adriatic coast to independence. The narrative framework is defined by political history, yet none the less important are cultural heritage and a lexicon of concepts and ideologemes that determine the Croats’ historical mindset. 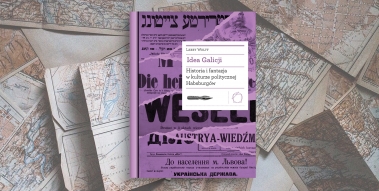 Larry Wolff – The idea of Galicia. History and Fantasy in Habsburg Political Culture

The book presents the intellectual history of the idea of Galicia - that is, the study of a place as a concept. Starting almost as an ideological tabula rasa, an empty name referring to a part of the annexed territory, Galicia has grown over the course of its historical existence with "myths" and even with many interpenetrating layers of meanings. 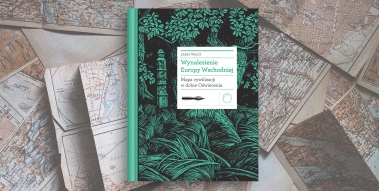 Larry Wolff – Inventing Eastern Europe: The Map of Civilization on the Mind of the Enlightenment

The division into Western and Eastern Europe is one of the most widespread European stereotypes. This time, it goes under the scrutiny of Larry Wolff – a professor at the New York University, and therefore an author who looks at both sides of this border from a distance.
×
added to cart:
continue shopping go to shop go to cart