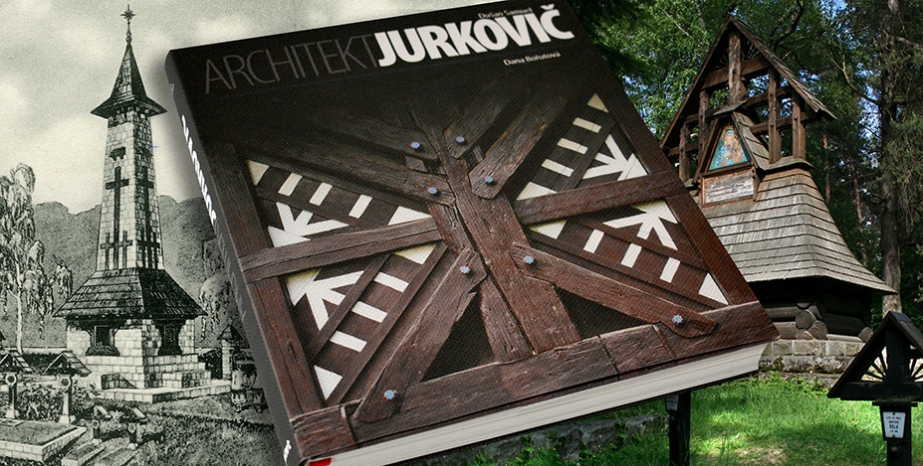 A-
A+
The ICC Library has acquired the now sold-out album monograph on the work of the outstanding Slovak architect, Dušan Jurkovič, entitled Architekt Dušan Samuel Jurkovič, published in 2009 in Bratislava. Its author, Professor Dana Bořutova, is an art historian and a recognized researcher of the life and work of this versatile architect.

For researchers of Central Europe, the work of Jurkovič, spread between the Low Beskids and Prague, Brno and the High Tatras, is a recognized brand and a point of reference on the map of national styles emerging at the turn of the 19th and 20th centuries. The talented Slovak was not only an architect (including an interior designer) and a cultural and social activist, but also an ethnographer. In this field, he distinguished himself as a pioneer of open-air ethnographic museums. His original and recognisable works include the complex of tourist shelters on the Pustevny ridge near Radhošť in the Silesian-Moravian Beskids (1897-1899), the Way of the Cross on the Hostýn Mountain near Olomouc (1903), and the building of the Pomological Institute in Bohunice (1900-1901). He created a synthesis of folk art and Viennese modernism by designing his own villa in Brno Žabovřeski (1905-1906).

He is known to Polish readers primarily as a designer and builder of the exceptionally beautiful war cemeteries in the Low Beskids. Employed in the years 1916-1918 at the War Graves Department of the Imperial and Royal Military Command in Krakow as the artistic director of district No. 1 (Żmigród), Jurkovič was the author of more than 30 cemetery layouts, including the well-known No. 3 in Krempna and No. 8 in Cieklin (stone), as well as No. 4 in Grab and No. 5 in Gładyszów (wood). He continued his work in this area after the end of World War I. Its most outstanding example is the monumental stone tomb of the Mausoleum of Milan Rastislav Štefánik (1880-1919) on Bradlo Hill opened in 1928, which holds the remains of the WWI hero and a Czechoslovak minister and general, who died in a plane crash on May 4, 1919. Notably, in 2016, the military cemetery on Pustki Hill in Łużna (cemetery No. 123) was added to the list of the European Heritage Label, crowned with a unique wooden shingle designed by Jurkovič, which had been rebuilt two years earlier.

Meticulously designed and richly illustrated monograph by D. Bořutova offers 700 colour and black-and-white illustrations, which are a fusion of archival photographs, reproductions of architectural sketches and plans, as well as contemporary views of Jurkovič’s architecture. The book features a calendar of the architect's life and work, a list of his publications, a list of figures, an extensive bibliography and an index.
×
added to cart:
continue shopping go to shop go to cart