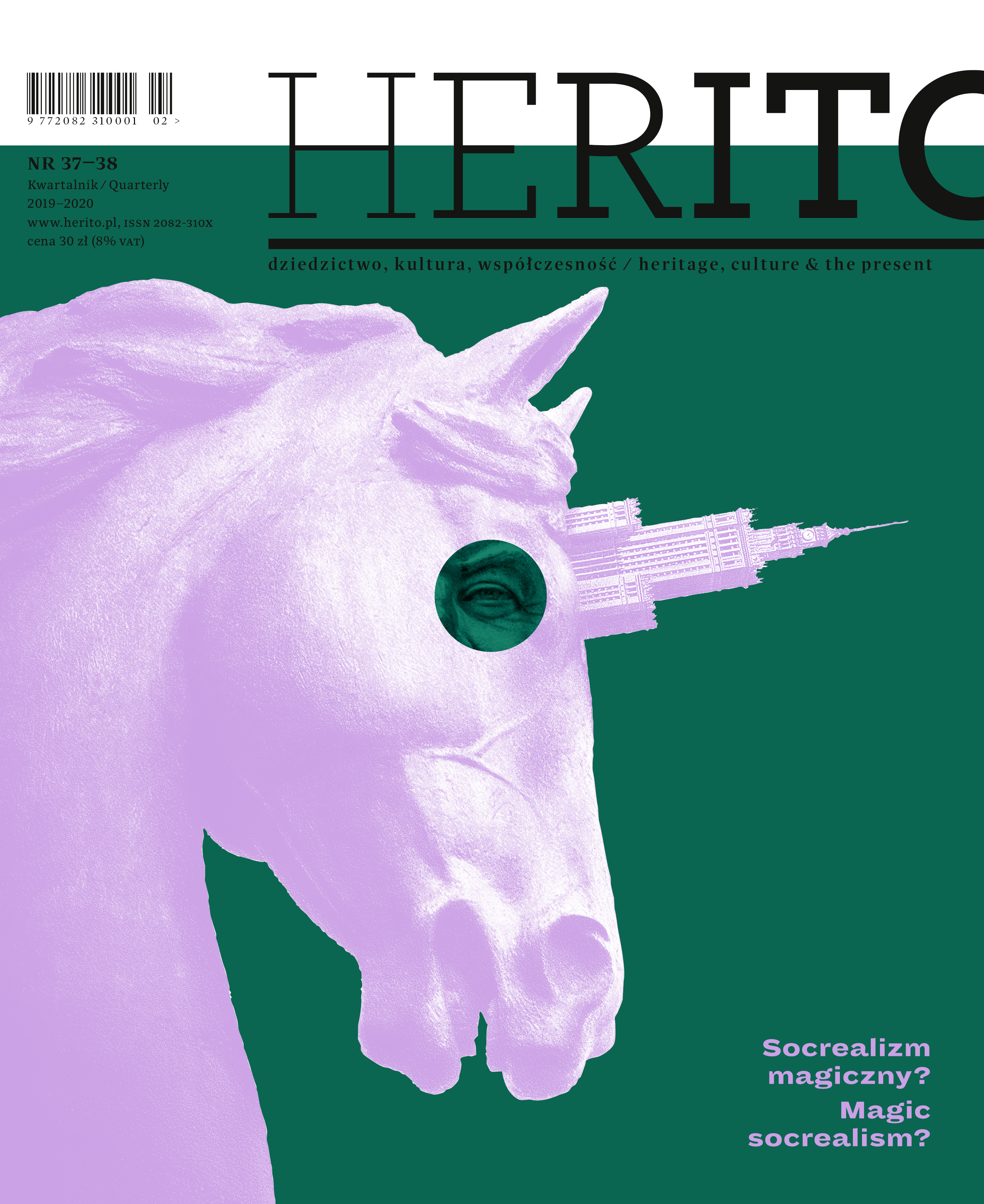 9 772082 310001  02
30.00 PLN
20.00 PLN
Add to cart
Socialist in content and national in form – these were required features of art and architecture made under the doctrine of socialist realism. Today, in Central Europe, the relics of socialist realism evoke unambiguously negative connotations. Fifty years on, are we able to look at them without these emotions? Which works have stood the test of time? Magical socialist realism – a joke or a hypothesis?

The new issue of “Herito” brings more than 160 photos and fourteen texts on architecture, literature, and the arts. Authors present a subjective atlas of socialist realist architecture in Central Europe, recall the history of the construction of the famous Marszałkowska Housing District, and discuss iconic works of Bohdan Pniewski – one of the most elusive figures of postwar architecture. They also examine the first Polish socialist realist building listed as a historical monument, wander to Krakow’s Nowa Huta district, to Poruba in Ostrava, to Eisenhüttenstadt and Prievidza, and search for forgotten socialist monuments in the countries of former Yugoslavia. Moreover, they investigate the Soviet orientalism, the rhetoric of socialist optimism, and contemplate the cosmos together with socialist artists.

The publication is also in the E-BOOK form in English and Polish.

Who are contemporary Hungarians and what is their self-image in...

HERITO, nr 35: Europe and the East

In today’s fluid times a human being is looking for a place and a...
5.00 PLN
Add to cart
×
added to cart:
continue shopping go to shop go to cart