Przejdź do treści
Home Publications Bookshop HERITO, no. 31: Danube – the River of Memory 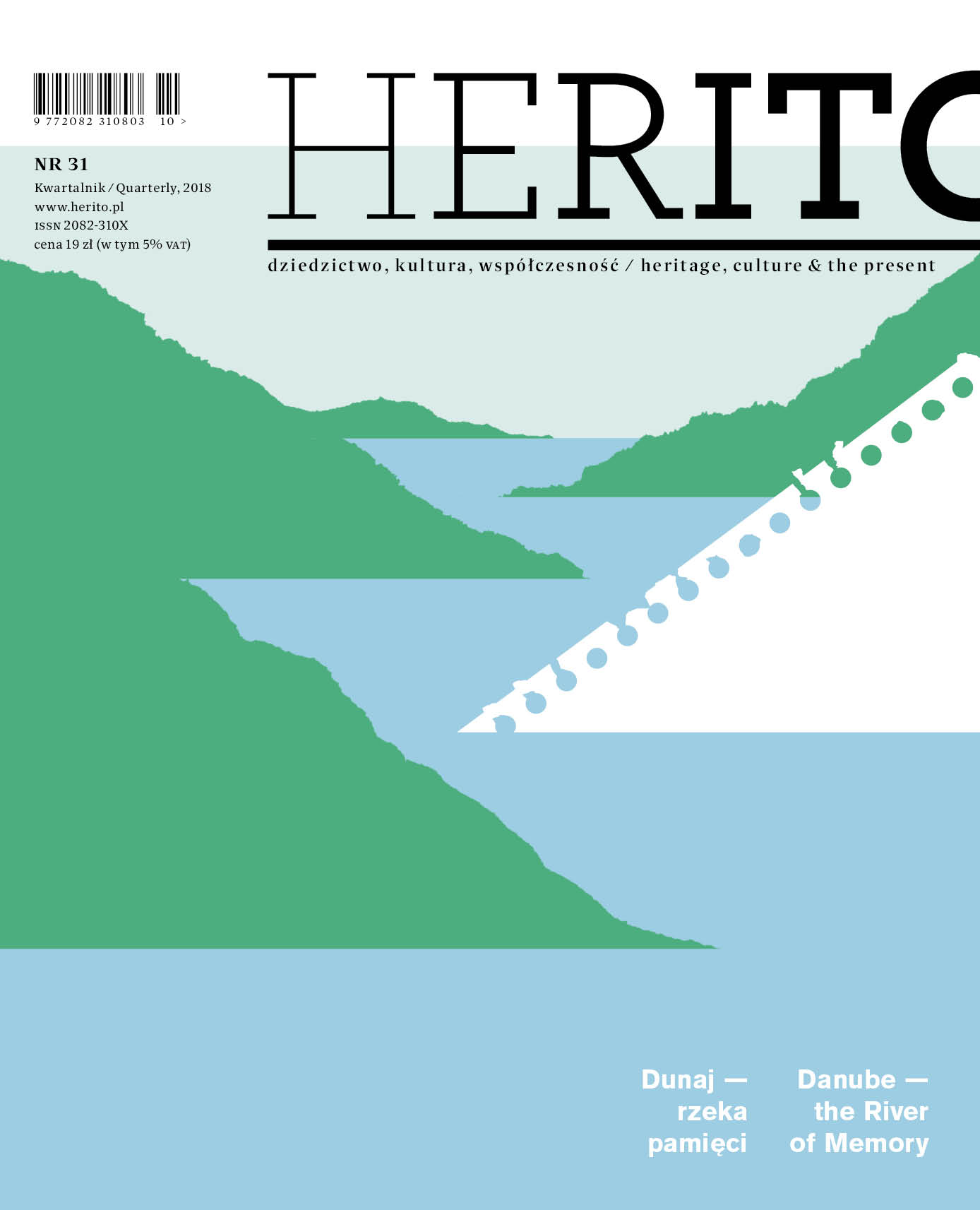 19.00 PLN
15.00 PLN
Add to cart
The Danube is not only the longest European river, flowing through ten countries, but above all a monumental medium of historical, collective, and cultural memory. Its waters reflect the history of Europe, from the antiquity, when it marked the northern frontier of the Roman Empire, through the dramatic period of the Second World War, until today.

A river that belongs to many nations, cultures, languages, and traditions may be a capacious metaphor that indicates the multilayered identity of contemporary Europeans, but also – as suggested by Claudio Magris – a symbol of life, death, and oblivion. The 31st issue of “Herito” seeks to revive the memory of forgotten places by the Danube, as well as those which no longer exist, such the island of Ada Kaleh, and to answer the question whether in our reflections of the Danube we still think about Europe or only about its fragments?

In the new issue Michał Jurecki, Adam Krzemiński, Zbigniew Machej, Silvana Rachieru and Daniel Warmuz address Europe reflected in the waters of the Danube. Teresa Worowska discusses Stanisław Vincez’s philosophy of landscape, Wojciech Stanisławski investigates the excavations at Lepenski Vir, while Michele Bressan and Nicu Ilfoveanu observe “the canal of death” that links the Danube with the Black Sea. The issue features also an interview with Emil Brix, who explains why the Danube flows in the wrong direction, as well as a translation of Patrick Fermor’s classic account of his journey to Istanbul.

The Danube is not only the longest European river, flowing...
15.00 PLN
Add to cart

HERITO, no. 1: Symbols and clichés

Herito – a bilingual English-Polish quarterly – is a new initiative...
5.00 PLN
Add to cart

In today’s fluid times a human being is looking for a place and a...
5.00 PLN
Add to cart
×
added to cart:
continue shopping go to shop go to cart