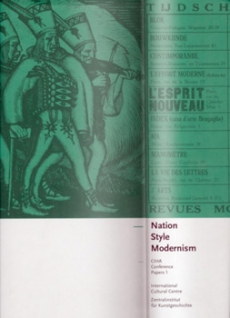 A selection of essays dedicated to controversies that suraround international vs. national art in the 19th and 20th century. Discussions on issues of national identity, artistic imports and modernism, with a special emphasis on Central Europe, an area where political borders have changed faster than cultural ones and where territories have been divided again and again in various ways between superpower that dominated at a given point of time in history.

Reclaiming memory – the theme of the conference organised by the...

This book is a fruit of the conference held in Krakow by the...

The Academy of Heritage

A selection of over a dozen dissertations by the graduates of the...
×
added to cart:
continue shopping go to shop go to cart