Home Publications Imagined Geography. A Concept Of Central Europe In the 20th Century 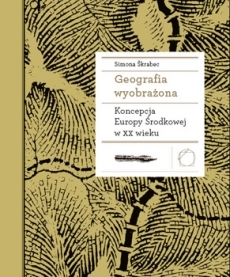 Imagined Geography. A Concept Of Central Europe In the 20th Century

ISBN 978-83-63463-12-0 publication unavailable
This book tries to explain what Central Europe is and why it is so hard to define, especially with in view of the events which took place here in the 20th century. The imaginary geography of Central Europe and the equally imaginary integrity of the nations that populate it, permit a range of conceptions that consider the region’s cultural complexity. However, as the author notes, they all presume wrongly that there was a common history which formed the identity of Central Europe.

In her research, Simona Škrabec references Michel Foucault’s genealogical criticism, and proposes a different approach and new methodology, which she calls archaeological; it requires that a concept be investigated layer after layer in chronological descending order, that is from the newest to the oldest deposits. This approach defies the conventional historical narrative and helps us to break free from associations imposed by ideologically marked paradigms and, consequently, to redefine the model of Central Europe.

The book is the third title in the Library of Central Europe series edited by Prof. Jacek Purchla.

Although always in the shadow of Krakow and Lviv, Stanislaviv...

How to overcome a paralysis of mutual prejudice and distrust in a...

Mitteleuropa Revisited. Does the future of Europe depend on it?