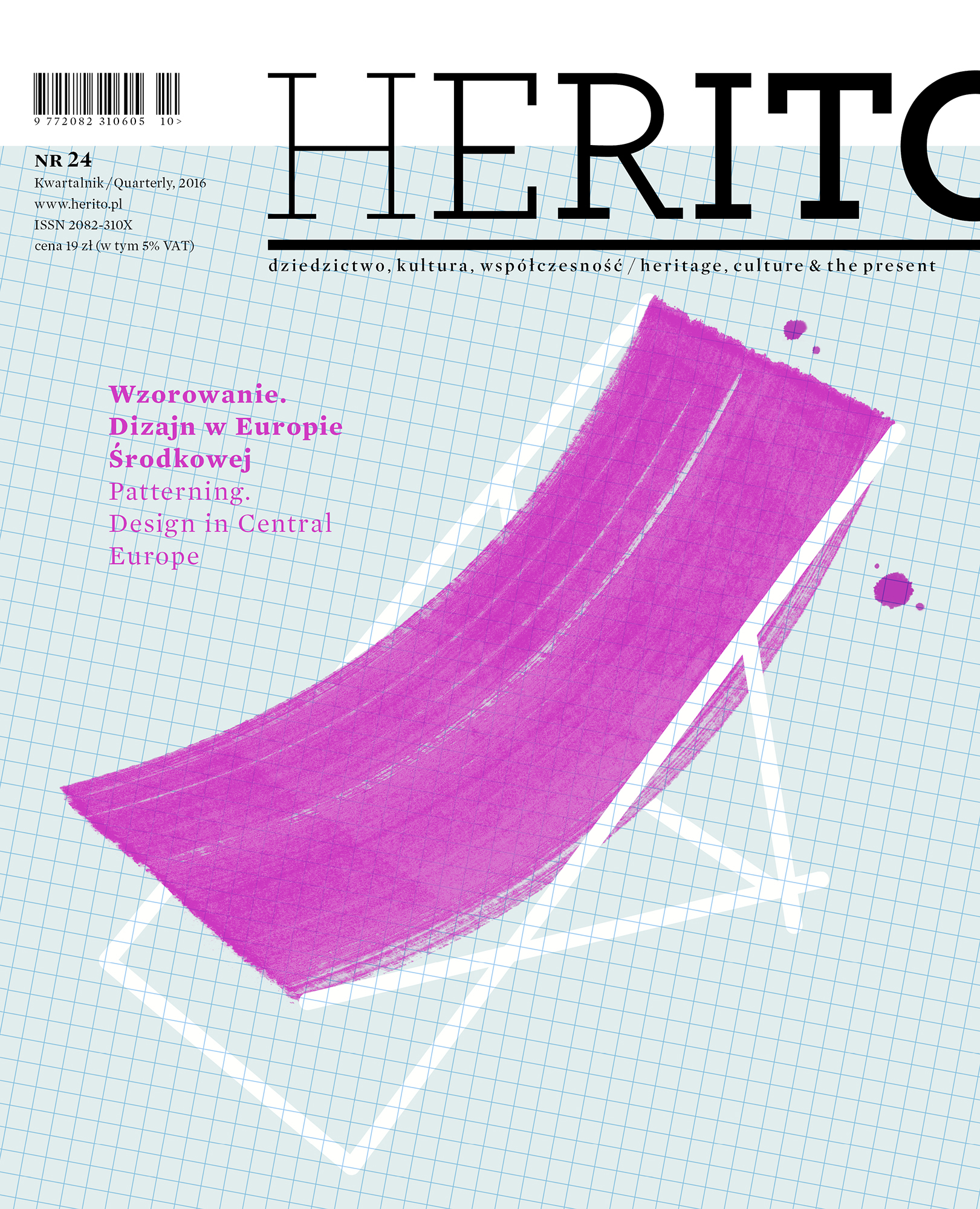 Is design today merely an illusion? What is the link between responsible design and current political, economic, and social situation? If for many years Scandinavia has been the byword for simplicity and functionality, what could have been Poland’s – or East-Central Europe’s – contribution to design at large?

Potential originality of mass production within socialist states in investigated by Koraljka Vlajo, Irfan Hošić, and Tom Cubbin; Ukrainian music posters are examined by Wasyl Kosiw; the influence of folklore on Polish design is traced by Ewa Klekot and Piotr Korduba; spectres of political transition in design are conjured by Olga Drenda, while the future of design is forecast by Zuzanna Skalska.

HERITO, No. 30: The Balkans Transformed

Do the Balkans still have, as Churchill suggested, “more history...

Our main focus is both the past and the present of the Slovaks...

HERITO, no. 15: Nations and stereotypes

Stereotypical thinking is deeply rooted in culture, history and...
×
added to cart:
continue shopping go to shop go to cart