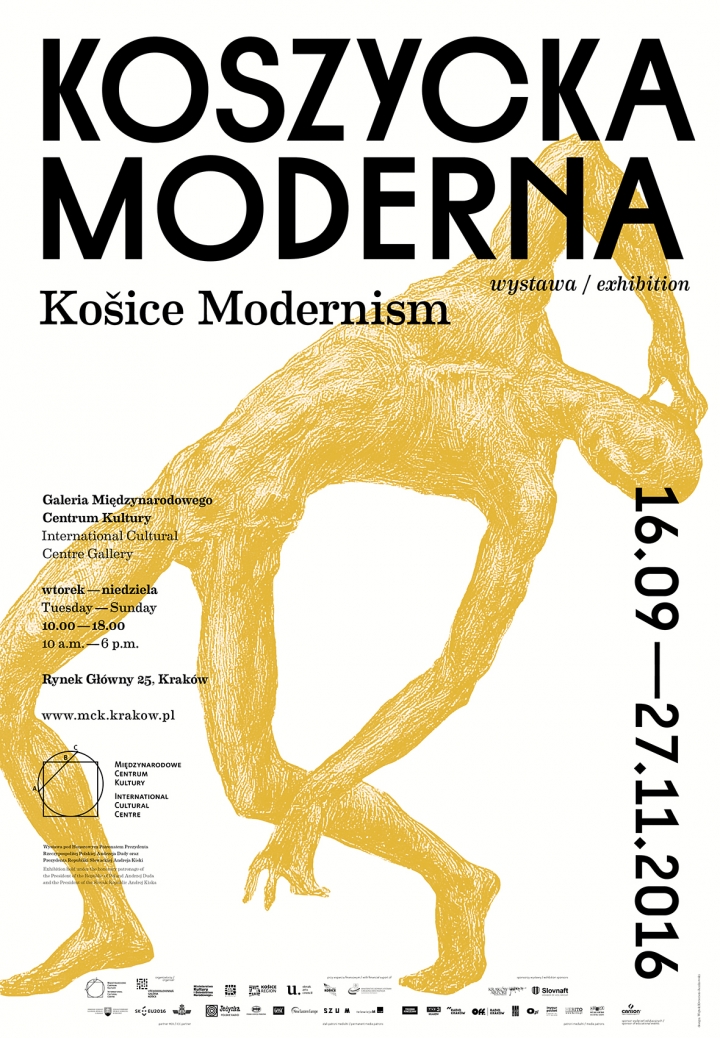 The exhibition presents the artistic community of Košice in the 1920s. This phenomenon, known as Košice Modernism, was created both by artists connected with the city on a permanent basis, such as Anton Jaszusch or Konštantín Bauer - and by visit visitors staying there for a few years or even months, for example by Eugen Krón, František Foltýn, Géza  Schiller, and Sándor Bortnyik. Many of them were previously connected with Budapest, Vienna or Berlin scene.

The context of the place is particularly important for understanding the phenomenon in question. Košice – a city with a long history and vibrant artistic traditions – was a space of a various intermingling cultural influences and a city inhabited by Slovak, Hungarian, German, and Jewish population. The nature of the place was conducive to an atmosphere of openness and tolerance, which attracted a large group of artists. With the establishment of the first Czechoslovak Republic Košice became an important cultural centre and the largest city in the eastern part of the newly created state. An important role in this process was played by the East Slovak Museum and its director, the Czech lawyer Josef Polák, who drew a large group of artists around him.

In the 1920s, Košice became a space for dialogue for artists driven by diverse impulses and representing different styles. It is the openness, multi-ethnicity and pluralism of the artistic attitudes which best reflects the specific nature of Košice modernism. In their artistic quests the creators frequently used motifs drawn from urban iconography (for example Gejza Schiller, Július Jakoby), penetrated social issues (Konštantín Bauer), drew visions of the man of the future (Eugen Krón), or took up existential questions (Anton Jaszusch). The exhibition at the ICC Gallery is an invitation to take a close look at this extraordinary patchwork of artistic personalities and hence to discover the unknown face of art from the area of Slovakia and the complexity of Mitteleuropa.

The works presented at the exhibition come from public and private collections in Košice, Bratislava, and Prešov. The exhibition was prepared in cooperation with the East Slovak Gallery in Košice.

Košice modernism, or about the phenomenon of place