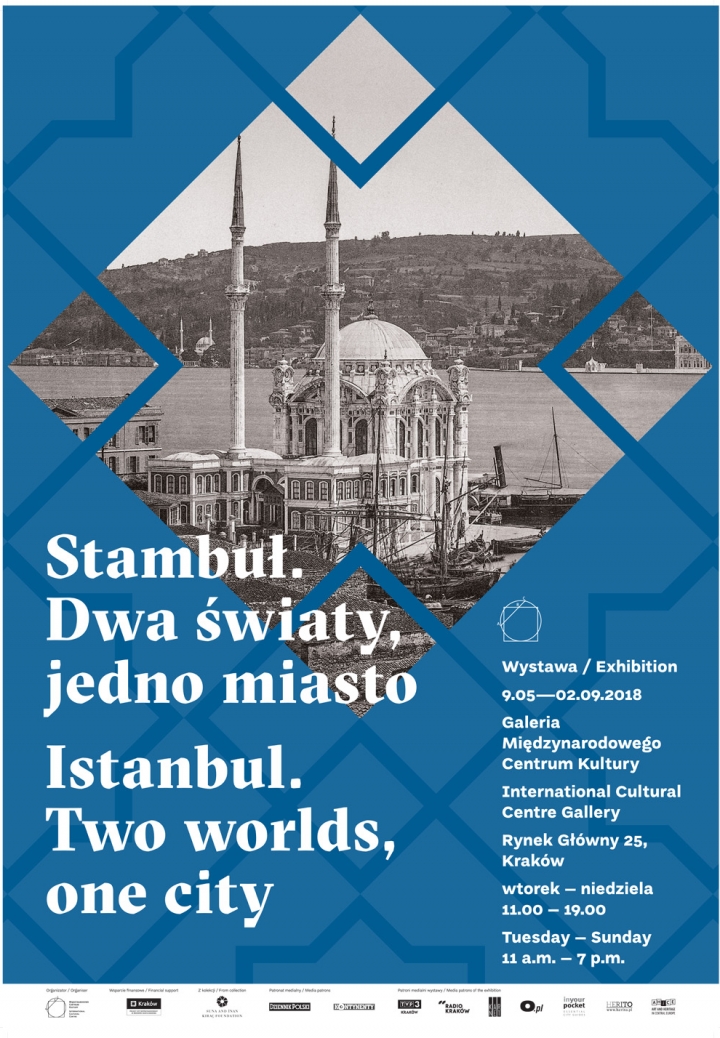 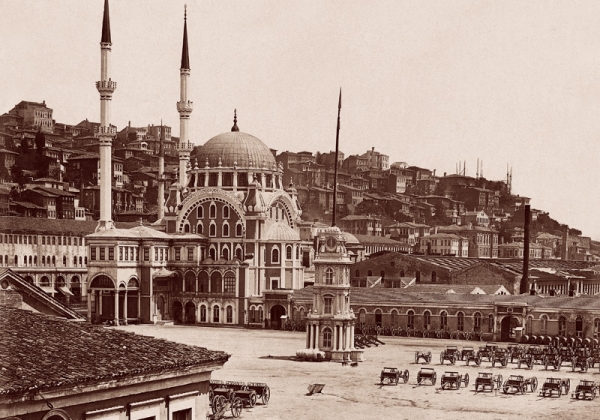 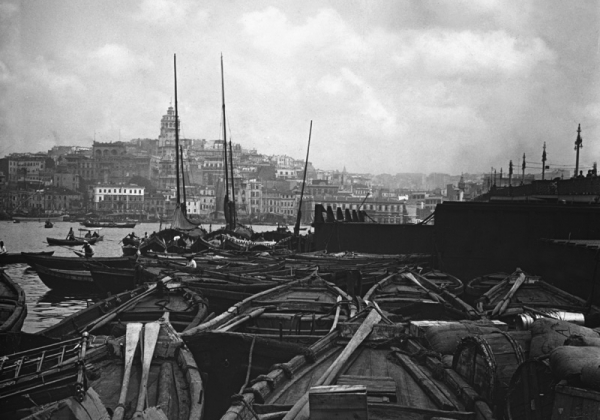 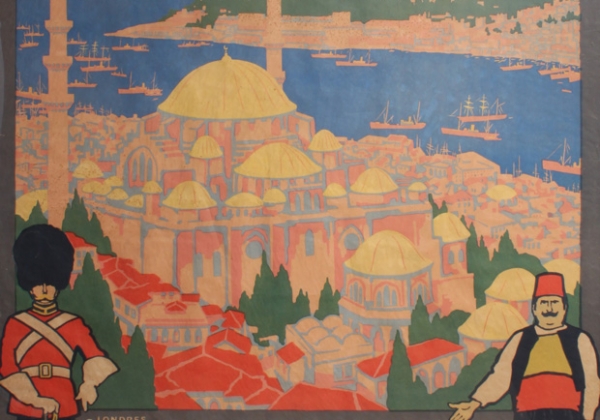 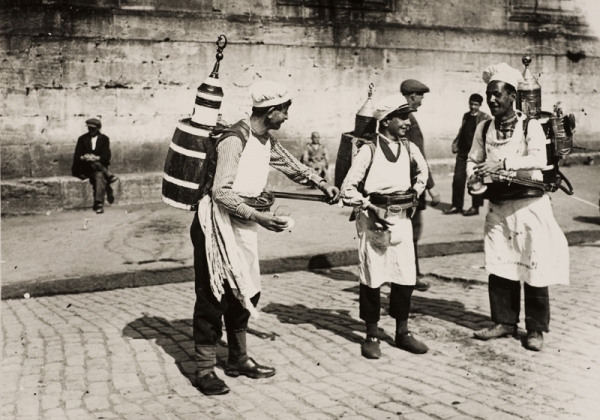 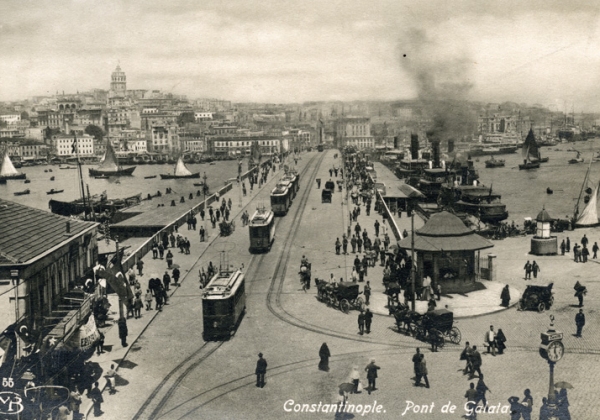 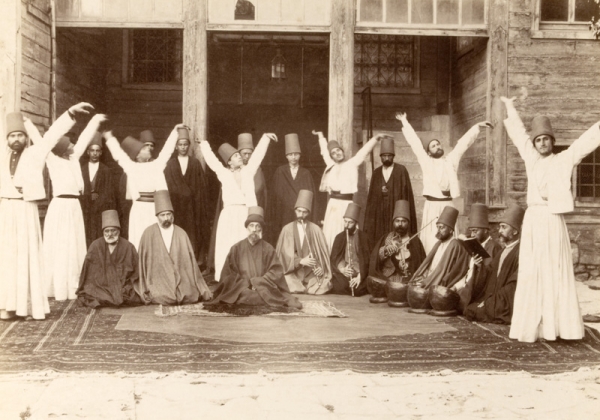 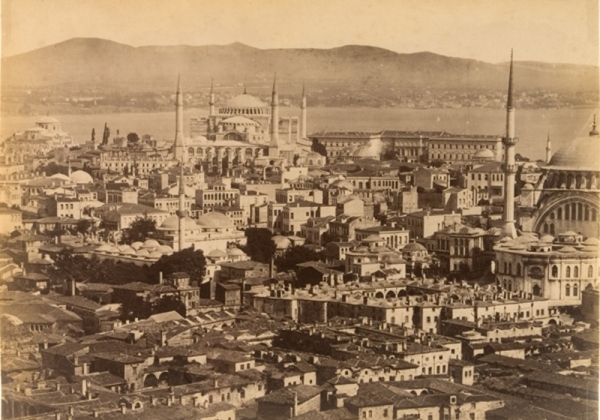 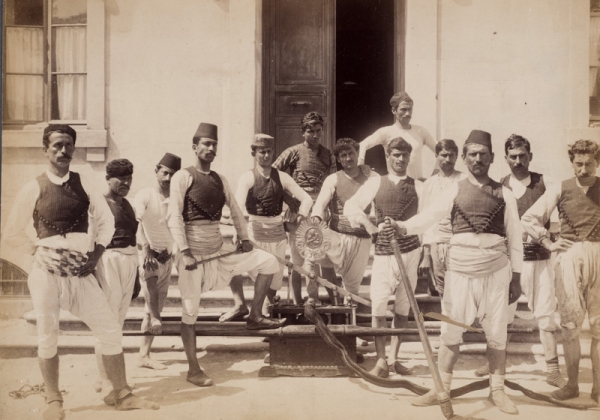 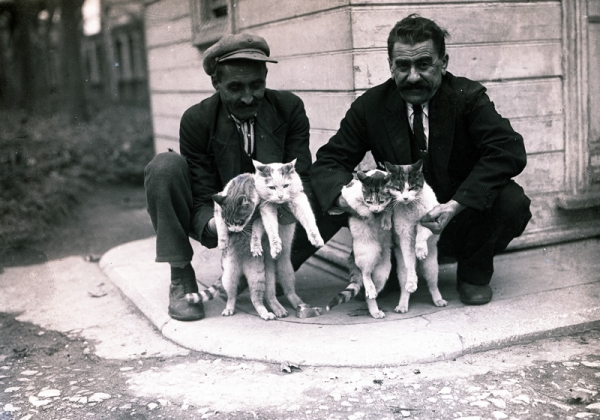 fot. 9/9
Istanbul. Two worlds, one city
The only city of its kind – the place where two continents are brought together and where two worlds meet. The only century of its kind – the time when the institution of sultanate was in decline, the republic was being born, and modernity was just about to revolutionise the old ways of life. The only story of its kind – a captivating narrative made from an assemblage of photographs, paintings, postcards, and posters.

Istanbul from the mid-19th to the mid-20th century. The Constantinople-based old town, vibrant and teeming with life fin-de-siècle Pera neighbourhood, as well as districts located on the Asian side of the strait with their overwhelming atmosphere of the “Levant”. The always crowded Golden Horn, as well as peaceful areas situated along the meandering Bosporus. Street vendors selling boza and baklavas, shopping malls, luxurious hotels (one of them features in Agatha Christie’s famous Murder on the Orient Express). Turkish coffee, shadow theatre, post-offices, telephone and telegraph. Fezes and wide brim hats, niqaabs and disrobed Miss Turkey. The court of the last Sultan, as well as a lesson of new alphabet. The “city of the cities” in the century of great change.

Istanbul attracted both travellers and tourists. The development of new waterways and cruise shipping, as well as expansion of railway networks – the launch of the Orient Express in 1883, in particular – resulted in an influx of visitors from Europe and America – thus hailing the arrival of mass tourism.

Istanbul fascinated artists, including Polish artists, who started visiting the city to find some “oriental” inspiration. In 1872, Jan Matejko spent a couple of weeks on the Bosporus. Jan Ciągliński, an excellent and recently re-discovered landscape painter, made a series of impressionist paintings in Istanbul. Stanisław Poraj Chlebowski had a particularly impressive career: he became the court painter of Sultan Abdülaziz.

Istanbul intrigued photographers. Wealthy visitors who were taking pictures of the city were soon followed by local photographers who took numerous photographs of the citizens of Istanbul: busy on their working days and during the holidays, both public images and intimate portraits. The city’s photographic ateliers (e.g. the one owned by Pascal Sébah or the Abdullah brothers) as well as postcards produced by Galicia-born Max Fruchterman also became very popular. With the growth of mass tourism in the 1980s, the Istanbul postcard which was profoundly influenced by photography, entered its golden age. It became not only a means of communication but a souvenir from an oriental journey.

The ICC Gallery featured the works by Istanbul’s leading photographers such as James Robertson (the first Istanbul photographer known to have taken 360° panoramic photographs of the city). The core of the display comprised photographs, postcards and posters from the Suna & İnan Kıraç Foundation collection. The exhibition was fleshed out with postcards and images from Piotr Nykiel’s personal collection, “oriental” paintings and drawings by Jan Matejko, Jan Ciągliński, Stanisłąw Chlebowski, Wacław Pawliszak, Félix Ziem, and Marian Mokwa from the National Museum in Warsaw, National Museum in Krakow, as well as Regional Museum in Toruń.

Istanbul. One city, many flavors – meeting with Robert Makłowicz

The opening of the exhibition Istanbul. Two worlds, one city 8/05/2018