Galician Thanatos. War cemeteries in Western Galicia in the years 1914–1918 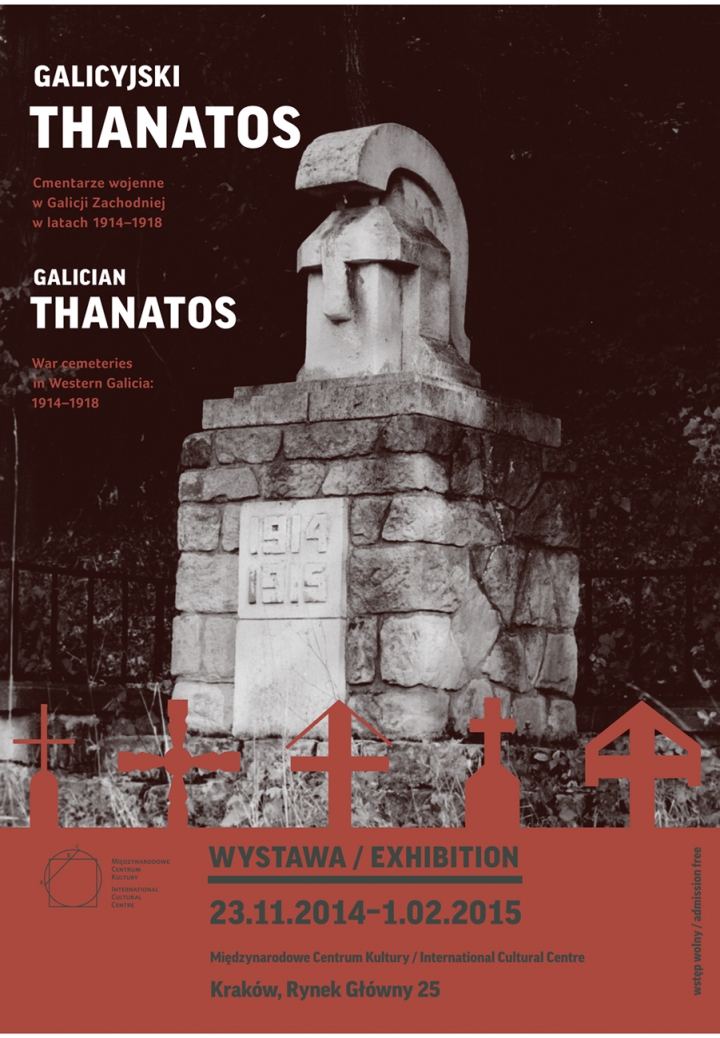 Gallery opening hours:
Ticket prices:
At its medieval cellars the ICC has opened “Galician Thanatos. War cemeteries in Western Galicia in the years 1914–1918”. The exhibition showcases contemporary and archive photographs and reproductions of designs of cemeteries, as well as watercolours and postcards.

In the area of the former Western Galicia there are buried around 70 thousand soldiers of various nationalities, who fought in the First World War, among others Poles, Austrians, Russians, Germans, Ukrainians, Hungarians, and Croatians. They died mainly in the years 1914–1915, when the front was being defended against Russians by Austro-Hungarian and Prussian armies, as well as the Polish Legions. The decisive moment was the Gorlice-Tarnów Offensive (May 1915), which led to the breaking of the Russian front in Western Galicia.

The battlegrounds were marked by thousands of bodies buried only provisionally, in shallow graves, or not buried at all. To avoid epidemic, in December 1915 the authorities in Vienna established the Department of Wartime Graves by the Ministry of War. The new unit made efforts to clean the battlefield, to identify bodies and to construct cemeteries, regardless of the nationality, army affiliation or religion of the deceased.
Within the framework of this action, around 400 war cemeteries were constructed of very high artistic quality. They were designed by leading architects, such as Dušan Jurkovič, Hans Mayr, Jan Szczepkowski, and Gustav Rossmann. Until this day they constitute a picturesque accent in the landscape of Lesser Poland, the Lower Beskid Mountains and Outer Western Carpathians. They were designed in the style of post-Art Nouveau Modernism, since many architects were former students of Josef Hoffmann. Apart from architects, the Department of Wartime Graves employed also sculptors, who provided sculptural decorations, and gardeners, who designed green areas around the cemeteries, planning as far as fifty years in advance. The construction of cemeteries involved also the work of photographers and painters, who documented the erected constructions, among them Henryk Uziembło. Their pictures and watercolours were later reproduced in the form of postcards.