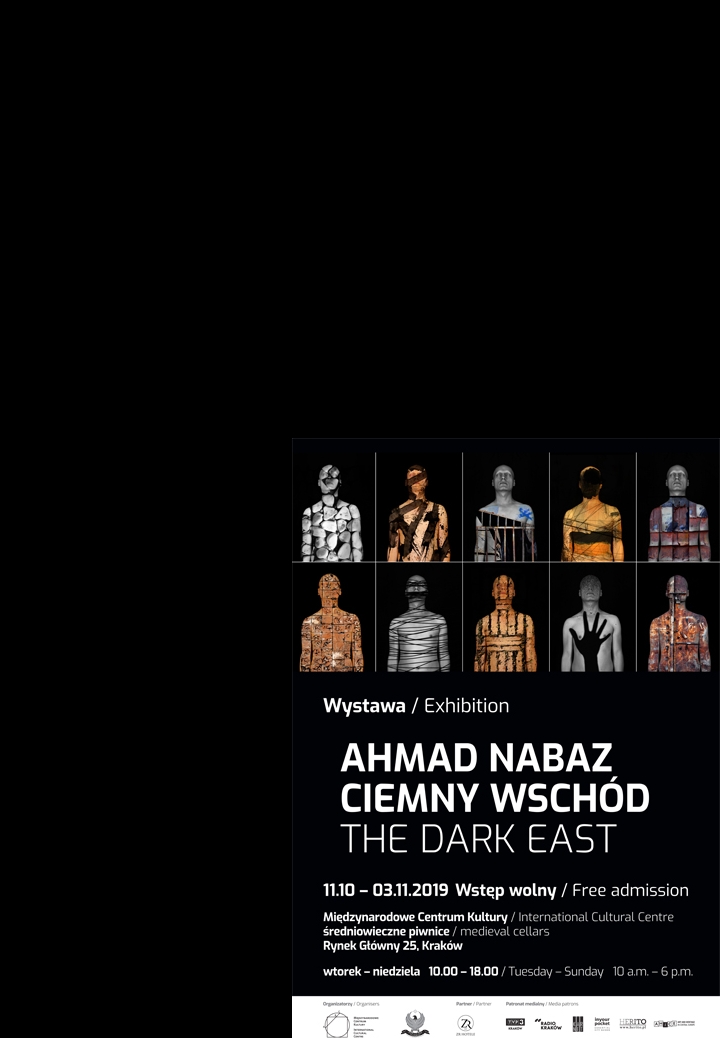 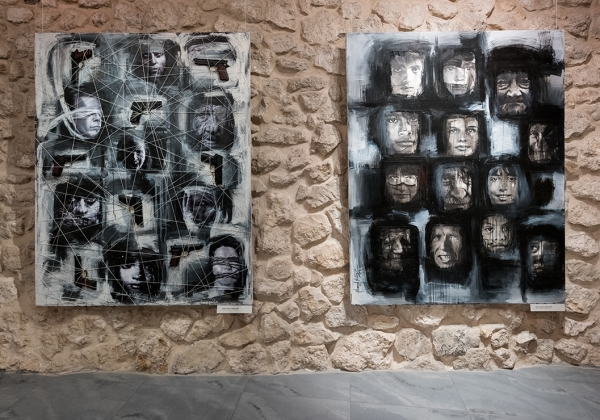 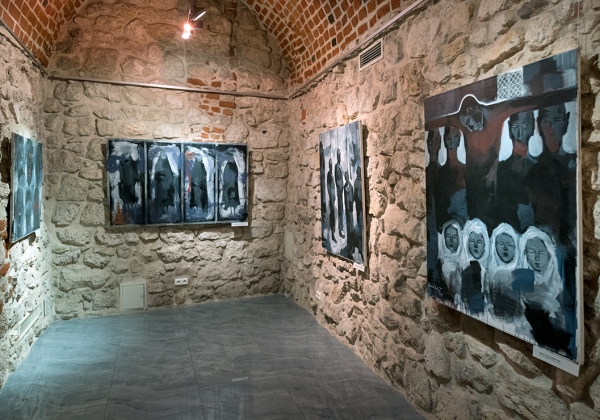 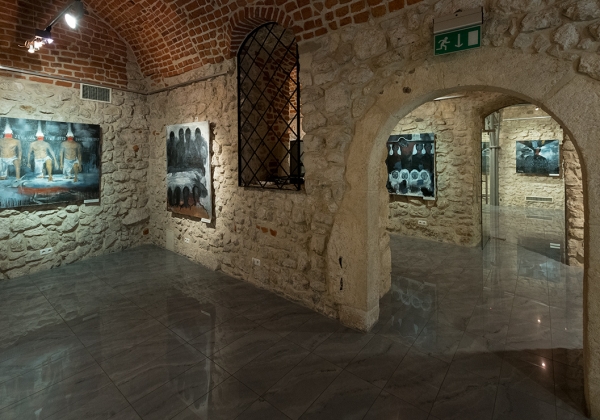 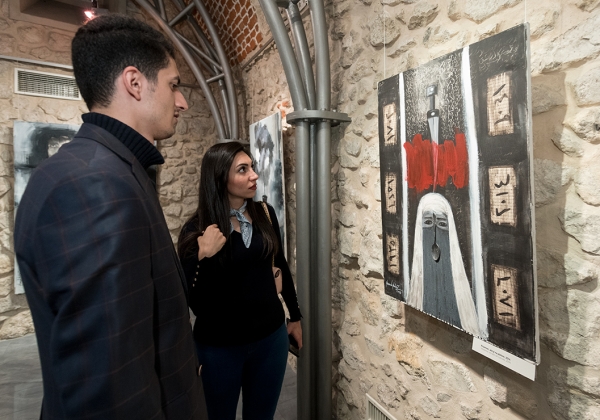 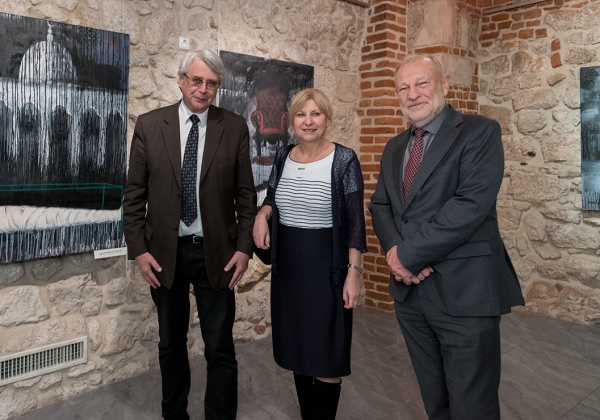 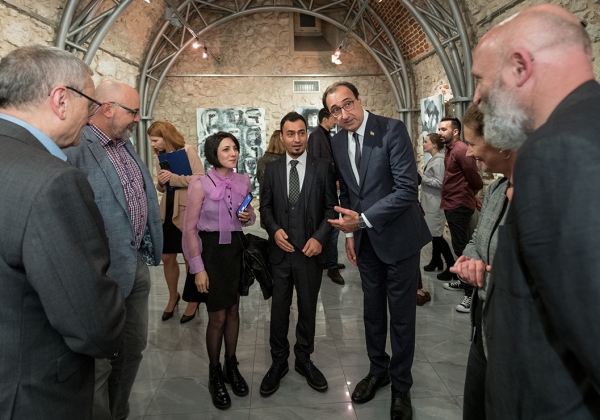 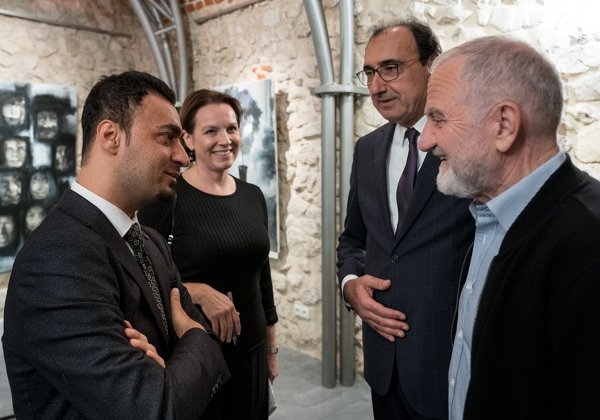 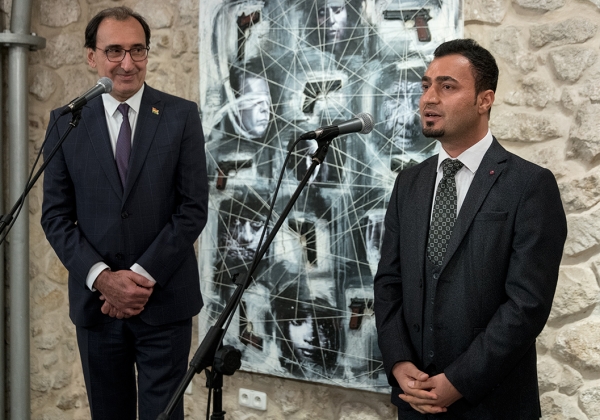 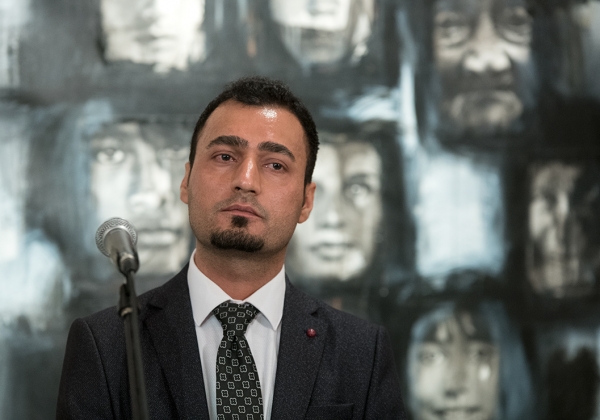 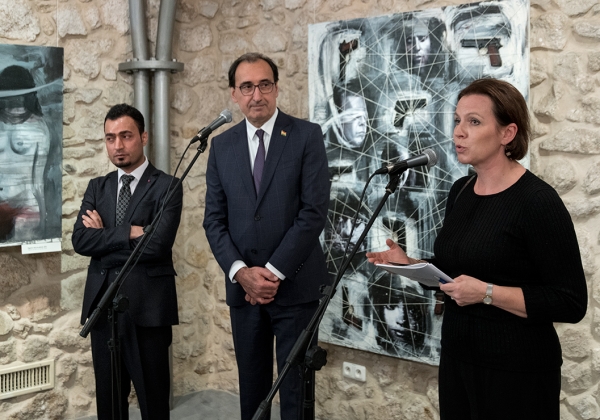 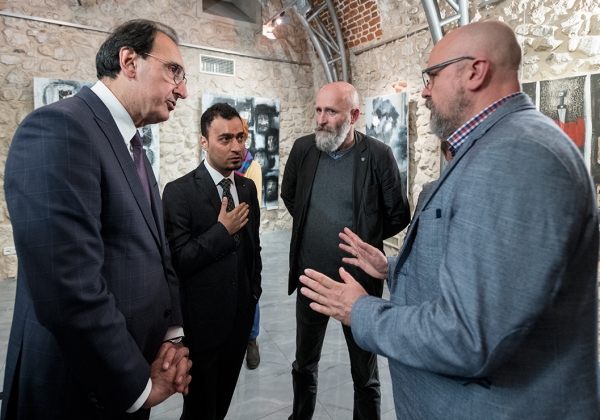 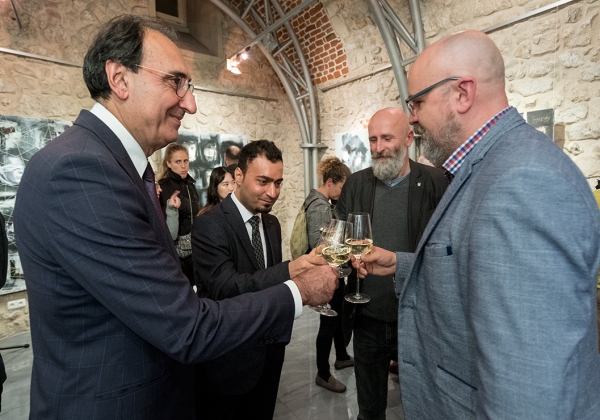 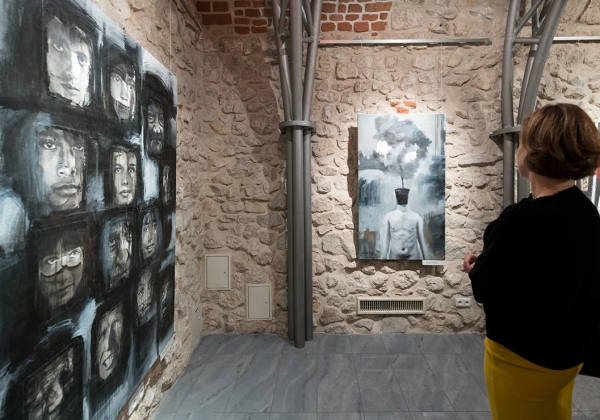 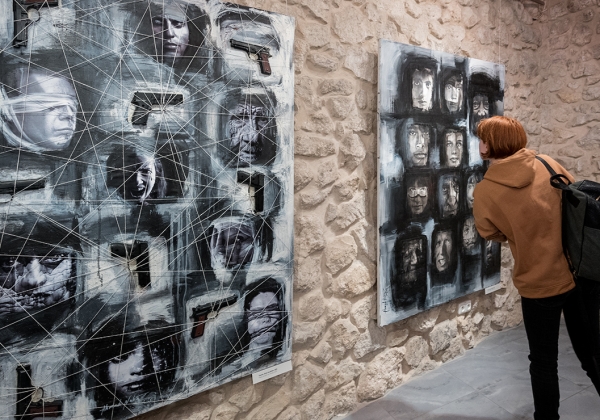 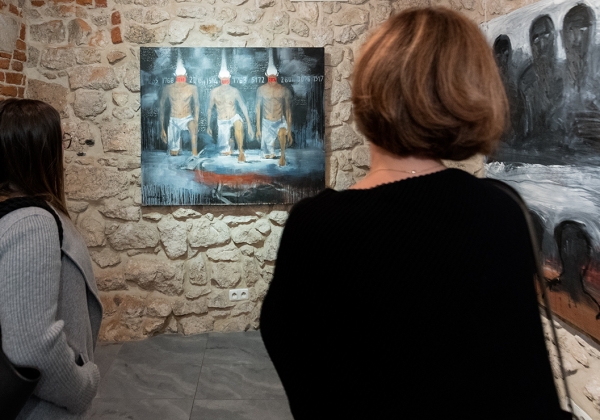 fot. 21/21
Ahmad Nabaz. The Dark East exhibition vernissage photo: Paweł Mazur
The Dark East exhibition consisted of twenty-four images and video material created by Ahmad Nabaz, a talented artist born in 1986 in Erbil - the capital of the autonomous Iraqi province of Kurdistan. His work is one of the most expressive and moving stories about contemporary Kurdish struggles for the right to self-determination.

Difficult Kurdish experiences, supported by observations of the situation in other Middle East countries, influenced the artist's deeply pessimistic perception of the future of this part of the world. Once it was the cradle of great civilizations, it was a place where science and culture developed. Now it is becoming more and more immersed in armed conflicts, experiencing the destructive effects of religious fanaticism, political extremism and brutalization of social relations.

Ahmad Nabaz devotes a lot of attention to the situation of women in his paintings, collages, graphics and performances. According to the artist, the Middle East turns into a great prison for them. When in Kurdistan women can perform professionally, socially, politically, dress according to their own will, in many other Middle East countries their identity and right to stand out is taken away. They are objectified and expected to wear a tight black coat, limit contact with society, and hide at home. Women become - so often visible in Nabaz's works - a "black spot".


The exhibition was on display in the medieval ICC Cellars until November 3, 2019. Free entrance. 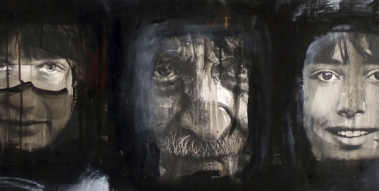 The Dark East - exhibition in the medieval ICC cellars