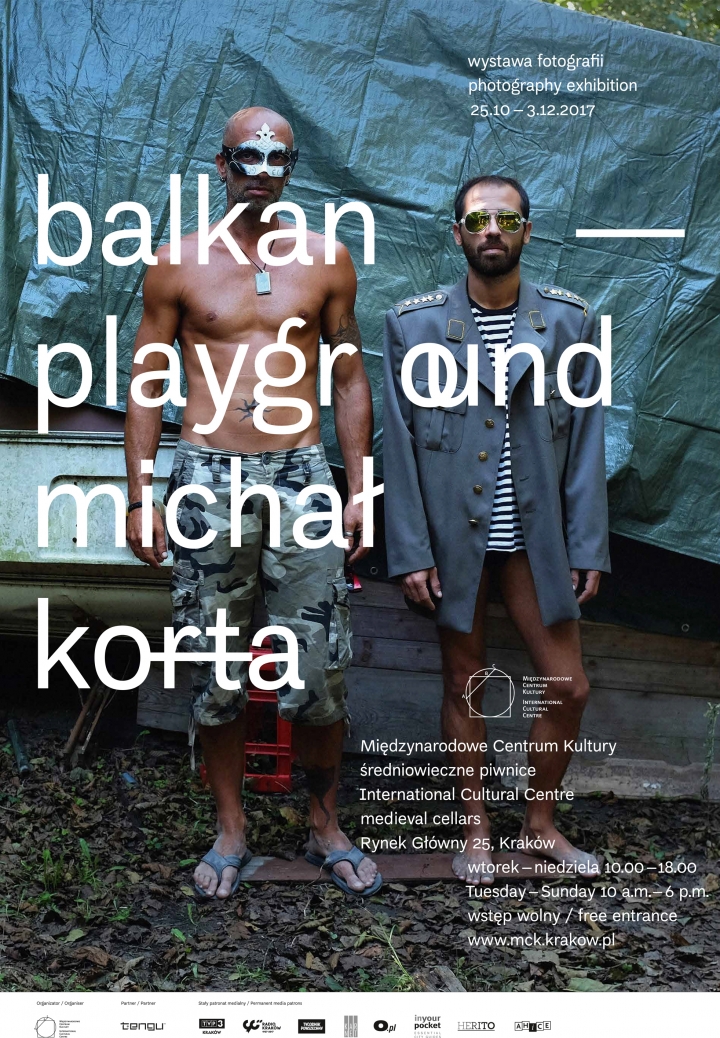 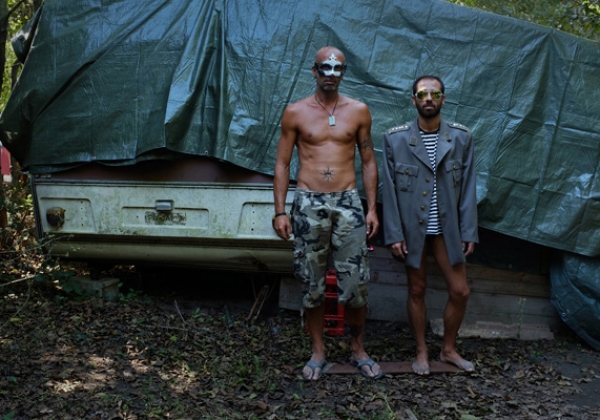 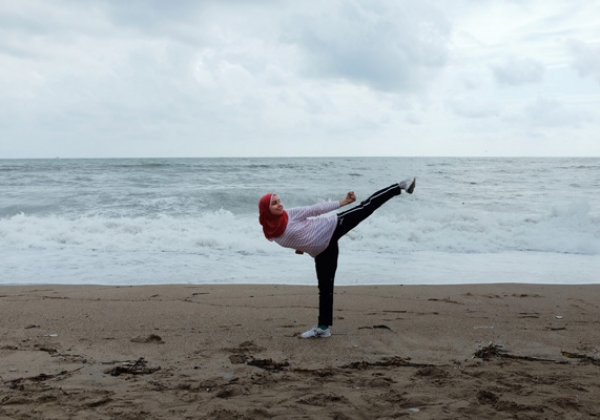 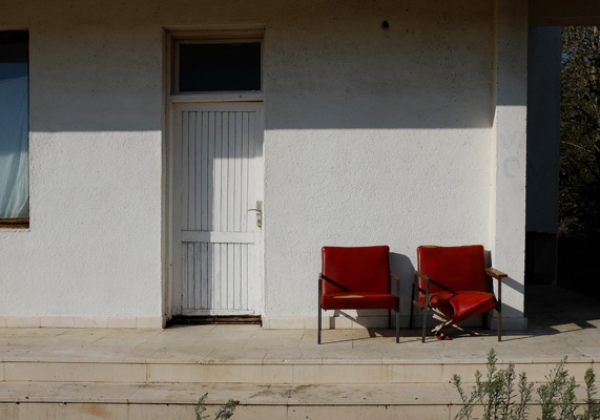 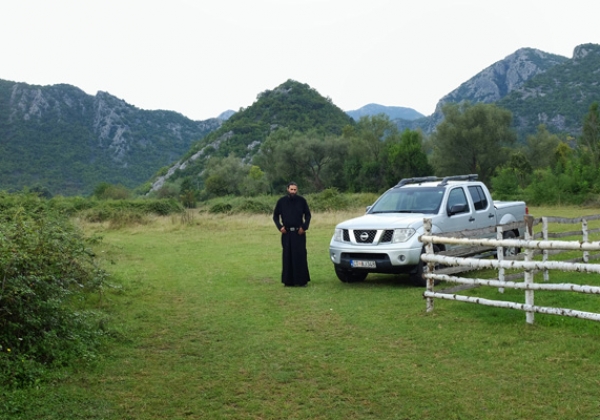 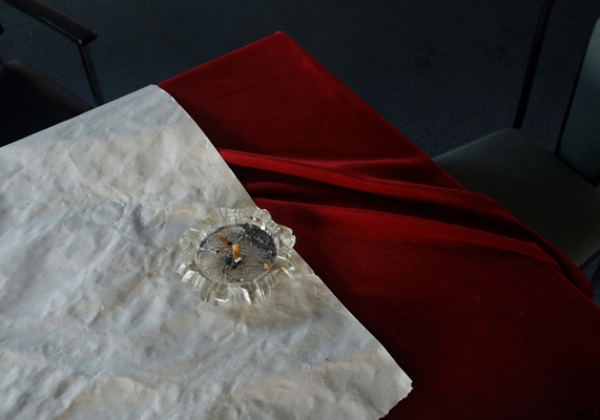 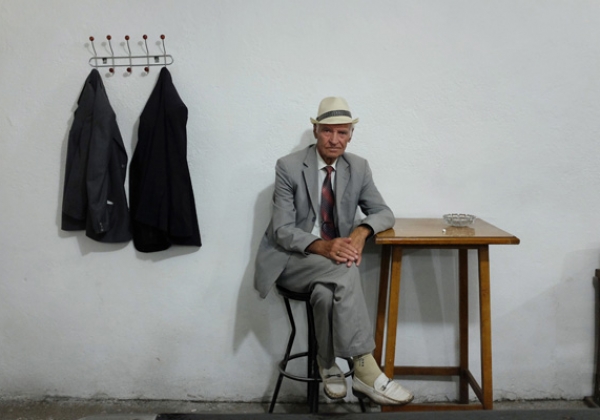 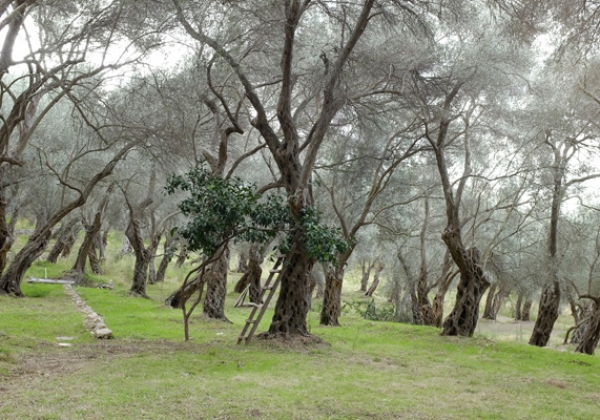 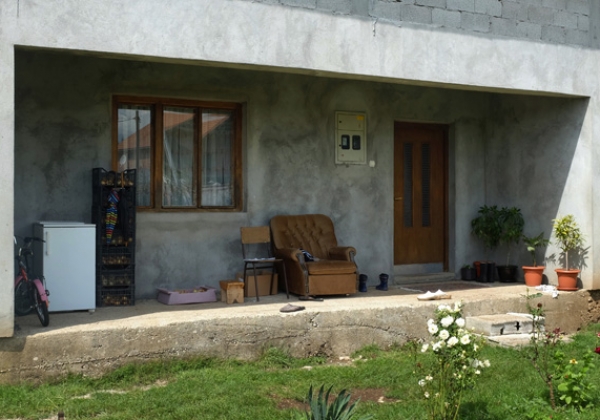 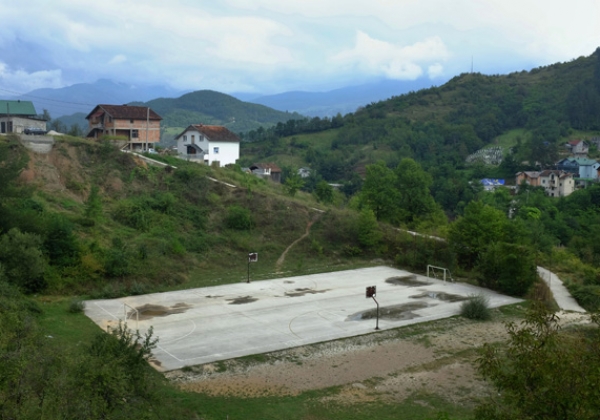 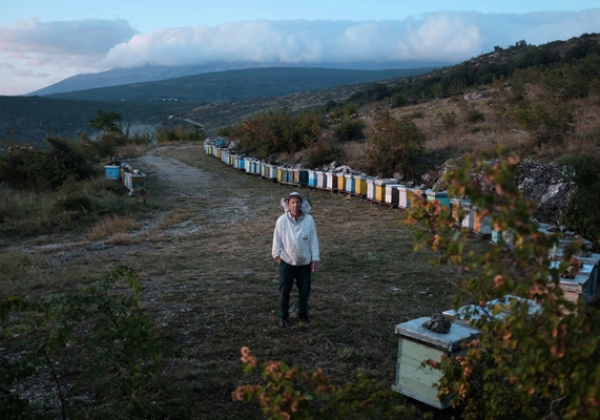 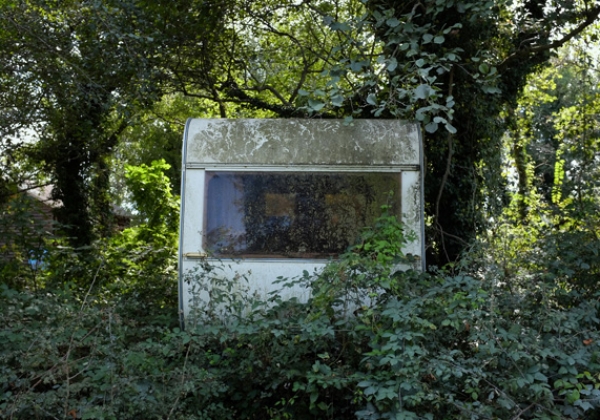 The Balkans are a special place; with its diversity of cultures, religions, and nationalities, the region is very much like a bridge between Asia and Europe, the civilisation of the East and West, Christianity and Islam. The exhibition at the International Cultural Centre presents over 30 works from a photographic series by Michał Korta which came to life as a result of his journey to the Balkans. The artist described it as follows: “Without plans, expectations, or a set return date. My only goal was to see the Balkans. I visited eleven countries, travelling without haste with my car, which became my home for several months. I didn’t know what I would be doing the following day. I would think with images, I was in a photographic trance. […] I took pictures of people and places, here and now.” Korta’s photographic essay, composed during this journey, follows the tradition of “on the road” photography. The artist makes a purposeful reference to the classic photographic works of the 1960s and 70s, as well as to contemporary artists, such as Rineke Dijkstra and Alec Soth.

Carefully composed portraits, deserted landscapes, and seemingly meaningless, trivial details are among the recurring motifs. They combine into a visually intriguing story, as well as reveal the “hidden meaning.” Korta – a watchful observer of the Balkan reality – seeks to capture in these images the complex identity of the region, the atmosphere of the world that stretches in-between the past and the present. Although his perspective of an uninvolved observer and outsider brings the risk of stereotyping and generalisation (the trap of Balkanisation, as defined by Maria Todorova), Korta avoids superficial Orientalism and easy exoticism. His photographs offer an insightful portrait of the region. His pictures of people, places, and landscapes build a story of contemporary Balkans, which is full of hidden meanings, ambiguities, and uncertainties. A basketball court – one of the recurring motifs of the series – is one of the symbols of occurring changes. Those objects, emerging as a result of the success of Yugoslavia’s national team, once lively, are now deserted and ruined. Miljenko Jergović writes in the exhibition catalogue that they tells us “[…] more than all those fallen steel plants, deserted factories, ghostly industrial suburbs in places where there is no industry anymore, for in such places, in those courts set among the perfect karst emptiness, there are buried the last Yugoslavian generation’s dreams of happiness and success, of better life and promised freedom. […] Korta photographs what he sees, with his own understanding experience. If we judge by the pictures, his intimate world seems not very remote from the Balkans. His eye has become familiar with those landscapes. He doesn’t picture them as a stranger would. This is a compliment. His pictures are much like Stasiuk’s «Taksim». It is the same kind of respect for the dying, receding world of the time of political transformation.”

Božidar Jezernik, in his preface to the Polish edition of his book Divja Evropa (Dzika Europa. Bałkany w oczach zachodnich podróżników, Wild Europe: the Balkans as Seen by Western Explorers), comments that for the most part, accounts of the ‘epicentre of Europe’s storms’ produced by people who visit the region tend to reveal more about those who are describing it than about what they are describing. Is this true of the photography of Michał Korta, on show in the medieval cellar space of the International Cultural Centre? Does it give us an insight into the ‘Balkan playground’ or into the artist? I suspect that the answer to this question is a double positive. Korta’s photographs do tell us about this country which, though relatively close, is nonetheless hard to take in at a single glance, and thus immensely fascinating. But the works also, of course, tell us a lot about the man.

Korta, a child of the People’s Poland and now in his forties, embarked on his trip without any particular destination or thesis in mind. His documentation of his journey reveals a delicacy and attentiveness towards the places and people he photographs. His lens is the medium for a remarkable sensitivity. It also appears that his own generational baggage – what he remembers of life in Poland in the 1980s – is a means by which he is able to strike a chord of familiarity in his audience with the situations he pictures, and create a sense of community with the people he portrays. For the war caused the world of the Balkans to stall a little at the stage of the early 1990s. Korta talks to us about this astonishing country without any note of superiority or unhealthy agitation at its exoticism.

This is not the first ‘Balkan’ exhibition we have shown at the ICC. In the year 2000 we had the pleasure of hosting a presentation of work by the Bosnian Mersad Berber, winner of the Grand Prix at the 1997 International Print Triennale. I am thus all the more delighted that once again the geography of the exhibitions we hold here is expanding. It is my hope that the exhibition Balkan Playground, which coincides with the publication of Muszkat, cytryna i kurkuma (Nutmeg, lemon, and turmeric), a collection of essays by Miljenko Jergović, will help us better to understand the complex world of this ‘wild Europe’.

Michał Korta – studied photography at the Academy of Fine Arts in Krakow and German at the Jagiellonian University. In his projects, he addresses issues such as identity, identification, and representation of reality. Portrait photography plays an important role in his oeuvre. His works were exhibited extensively in Poland and internationally (in Italy, Germany, Spain, and Israel). His major projects are: “Painter’s Notebook” (2017), “The Shadow Line” (2016), “Balkan Playground” (2014), “Female Israeli Soldiers” (2013), “Fashionistas” (2012), “Kazakh Dismounted” (2010), “After Collapse – Former Soviet Republics” (2006–2010). He collaborates with publishing houses, advertising agencies, and cultural institutions. Author of 2 photographic books: “Beautiful Monster. Skopje Brutalist Architecture” (2016), “Balkan Playground” (2016/2017). He teaches photography in Poland and Switzerland.

all galleries
from Tuesday to Sunday, 10 a.m. – 6 p.m.
The last entrance to the exhibition at 5.30 p.m.
Ceny biletow: free entrance