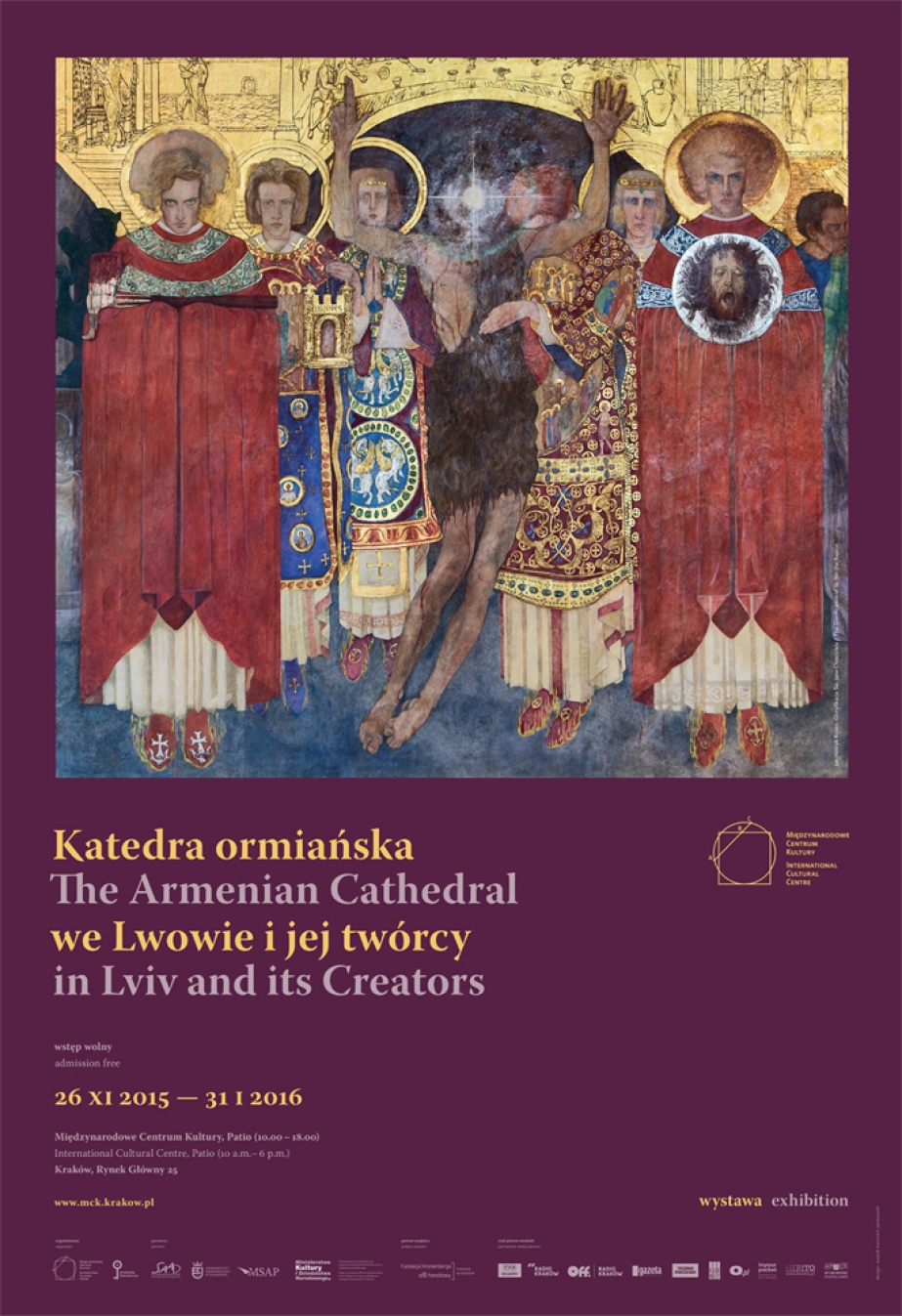 The exhibition presented until January 31, 2016 at the Patio of the International Cultural Center, presents wall Jan Henryk Rosen’s masterpiece – the wall paintings in the Armenian cathedral in Lviv. This is one of the most important works of Polish sacred art of the interwar period, which has not yet been broadly presented. In 2019, after the conservation of paintings and mosaics in the Cathedral, the ICC together with the National Institute of Polish Cultural Heritage Abroad POLONIKA showed an expanded and expanded version of the exhibition at King Jan III's Palace in Wilanów.

The exhibition was also an opportunity to learn the uniqueness of the Armenian rite unknown in Poland and the centuries-old history of the Armenians in Lviv. The exhibition, apart from Rosen’s work and the problems with its conservation, shows the works which Franciszek Mączyński i Józef Mehoffer created for the cathedral.

In 2008, the Heritage Academy Alumni Association began to organise interventional conservation and renovation works of the wall polychromies painted by Jan Henryk Rosen. All these actions, up to now, have been carried out with the financial support of the Ministry of Culture and National Heritage in close co-operation with the Management for the Historic Environmental Protection of Lviv Municipality.

Jan Henryk Rosen (1891–1982) grew up and was educated in Paris and Lausanne, but his formal artistic education was never completed: he learned to draw and paint in his father’s workshop. For some time he served as a secretary to Ignacy Jan Paderewski, accompanying him during the negotiations in the Nations League in Geneva, which were decisive for the final shape of the Polish state, just about to be reborn at that time. For one year (1922–1923) he worked as an official at the Ministry of Foreign Affairs in Warsaw, yet he gave up this post to take up painting. In the first half of the 1920-s, he created small-sized paintings with religious subjects, inspired by medieval art and the lives of saints (especially with The Golden Legend of Jacobus de Voragine). These were paintings which amazed critics and art lovers, including archbishop Józef Teodorowicz, who proposed that Rosen make monumental paintings in the Armenian cathedral. This oeuvre opened for him the path to a career as a church painter, and also guaranteed him the nomination to the post of professor at Lviv Polytechnic (1930–1934).

Jan Henryk Rosen and the Armenian Cathedral in Lviv

In the early 20th century, the cathedral, owned by the Armenian...
69.00 PLN
60.00 PLN
Add to cart
Publishing
×
added to cart:
continue shopping go to shop go to cart