Russia and Russians in the mirror of contemporary Russian literature

A lecture by Irina Prokhorowa organised in cooperation with the Centre for Polish-Russian Dialogue and Understanding is an inherent part of the tradition of debates about the culture of European countries held in the Ravens Hall.

Irina Prokhorowa – philologist, cultural historian, owner and director of the one of the largest Russian publishing houses, New Literary Observer (Novoe Literaturnoe Obozrenie), which promotes intellectual literature (including polish) in Russia, as well as editor of a literary journal under the same title. She is the initiator of the Mikhail Prokhorov Foundations that supports valuable cultural projects, especially in Russian provinces.

Admission free. Lectures will be translated simultaneously from Russian. 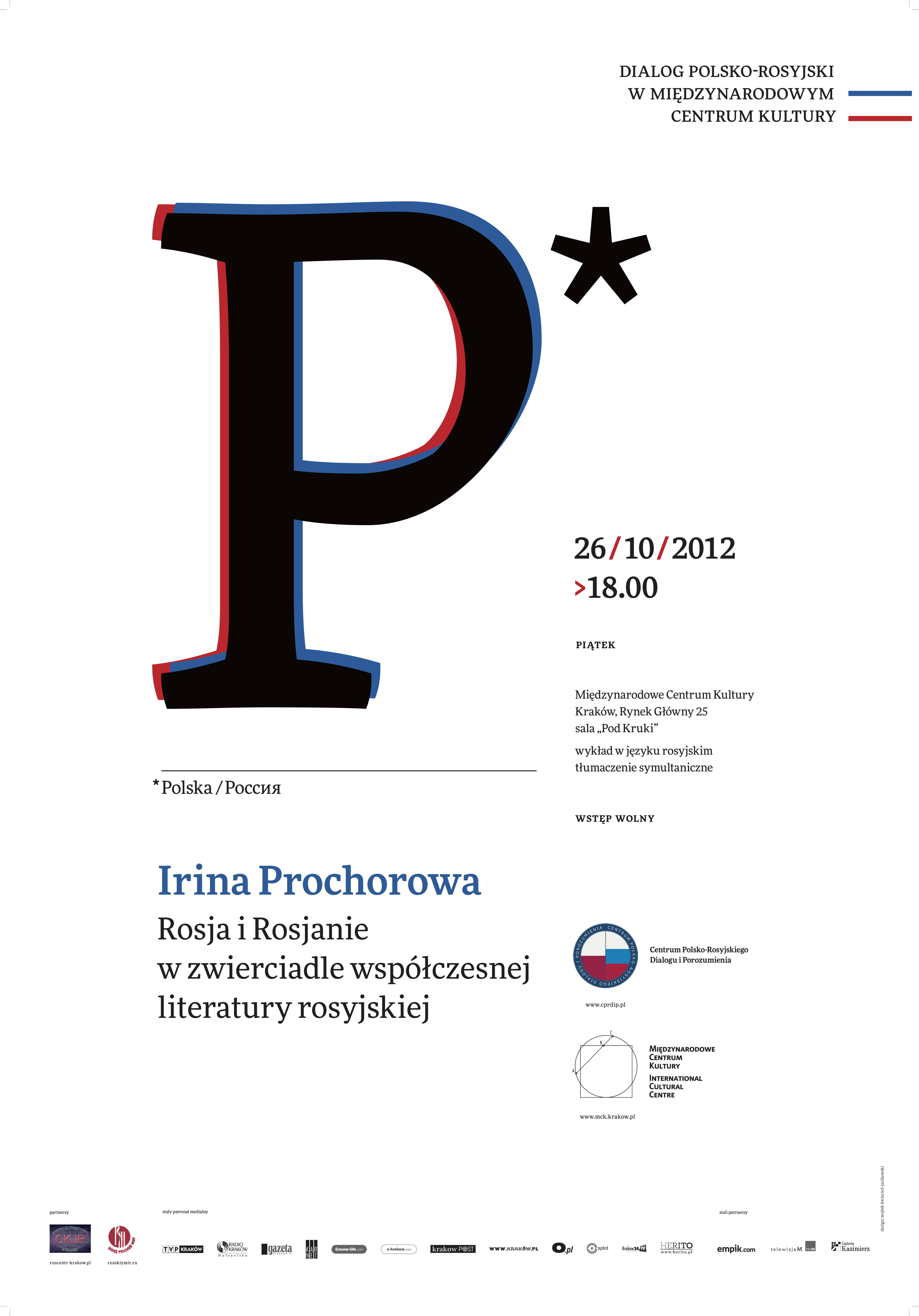 Russia and Russians in the mirror of contemporary Russian literature (photo by P. Mazur)