My life with Bulgakov - meeting with Prof. Marietta Czudakowa

Do we know everything about the author of The Master and Margarita? Are there any white spots in his biography, and if so, what do they relate to and what is their reason? The ICC, the Center for Polish-Russian Dialogue and Understanding and the Sedno Publishing House invite you to a meeting with Marietta Czudakowa, an outstanding Russian literary scholar, literary critic and writer, the author of the biography of Mikhail Bułhakov, which has just been published in Polish. The event's partner is city of Krakow, the UNESCO City of Literature.

The novel by Mikhail Bulgakov Master and Margarita, recognized as one of the greatest literary works of the 20th century, fascinates subsequent generations of readers. Equally remarkable are the fate of its author, which Professor Marietta Czudakowa has been researching for years. The result of her many years of work, consisting of both analyzing archival documents and collecting testimonies from contemporary writers, was the first scientific biography of Bulgakov, which appeared in the USSR in 1988, and at the moment for the first time goes to the hands of Polish readers thanks to the Sedno Publishing House and the Center for Polish-Russian Dialogue and Agreement in translation by Margarita Bartosik.

Meeting will be held in Russian with simultaneous translation into Polish. 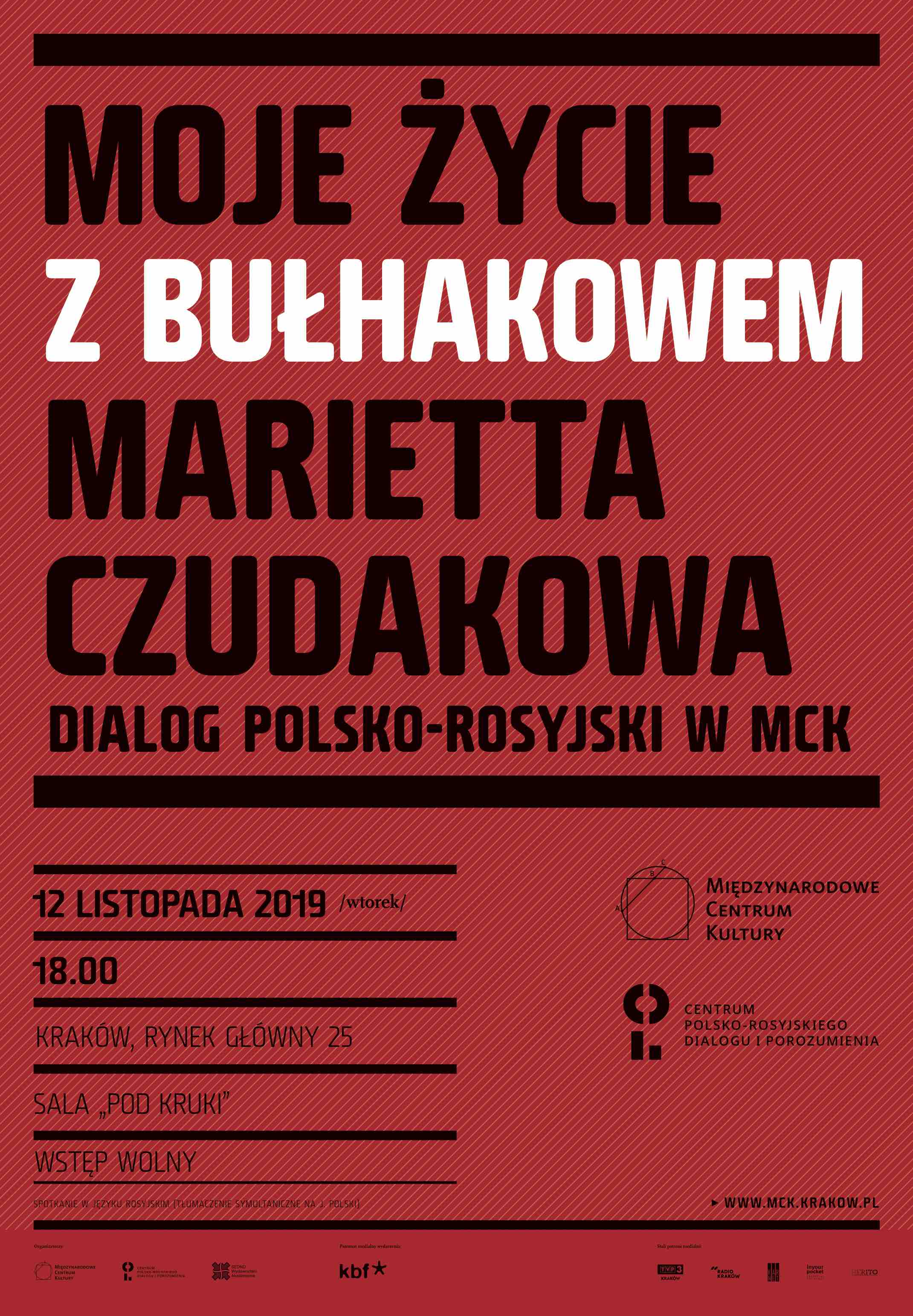