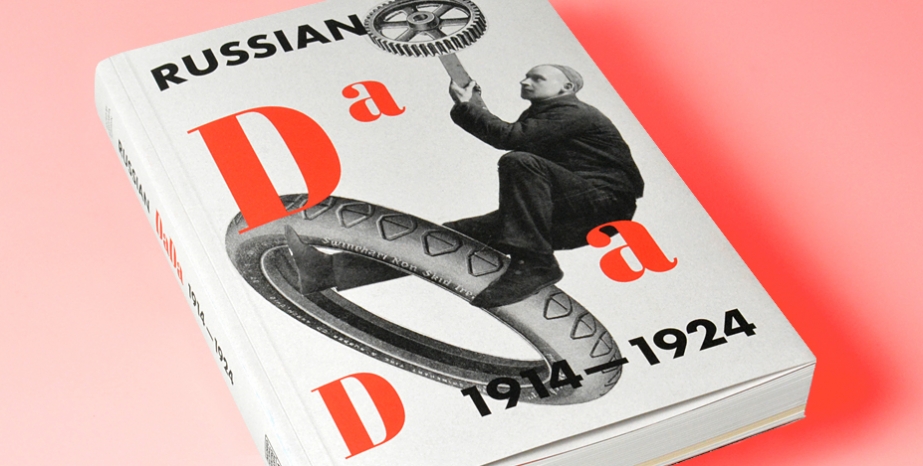 As part of the exchange with the Museo Nacional Centro de Arte Reina Sofía in Madrid, the ICC Library obtained an English-language catalogue of an exhibition devoted to the Russian Dadaism.
The exhibition entitled Russian Dada 1914-1924 was on show at the museum from June to October 2018.

Russian Dadaism, shaped during World War I, culminating in the period after the October Revolution of 1917, left an enormous artistic legacy encompassing almost all forms of expression. Showcasing artists and works of key importance to this movement, the exhibition placed them in the context of European Dadaism, with particular emphasis on Berlin and Paris. The selection of works included, among others, works of Kseniya Boguslavska, Sergei Eisenstein, Vasily Kamenski, the Latvian artist Gustav Klutsis, El Lissitzky, Kazimir Malevich, Vladimir Mayakovsky, Alexander Rodchenko and Sergey Senkin.

The exhibition was the third show dedicated to the Russian avant-garde in the Madrid museum after the exhibitions Rodchenko and Popova: Defining Constructivism from 2009 and The Russian Avant-Garde Book from 2013. Its curator was Margarita Tupitsyn, associated with the Stanford University, at the same time the editor of the presented catalogue and the author of one of the four texts that make up the content of this interesting publication: Putting Russia on the Dada Map. She is a recognized curator and specialist in contemporary Russian art, including the Soviet avant-garde, and recently published the book Moscow vanguard art 1922-1992 (London, New Haven: Yale University Press, 2017). Other essays in the catalogue are: Dada in Cyrillic by Victor Tupitsyn, an art critic and theoretician active between New York and Paris, Humor as Parody, Eccentrism, and Satire in Soviet Film after World War I by Natasha Kurchanova, a graduate of the New York City University, and Anarchism and the Russian Artistic Avant-Garde by Olga Burenina-Petrova, associated with the University of Zurich.

This meticulously edited handy catalogue is distinguished by high-quality illustrations. The list of works presented at the exhibition is supplemented by a selection of texts by authors such as the painter, poet and art theorist Olga Rozanova, painters Kazimir Malevich and Alexander Rodchenko, writers and poets Aleksei Kruchyonykh, Vladimir Mayakovsky and the linguist and literary theorist Roman Jakobson.
The book is also available in an electronic version.