Café "As" – the Story of Simon Wiesenthal

Please be advised that due to the SARS-COV-19 coronavirus pandemic, the International Cultural Centre works remotely, and the ICC Gallery and Library remain closed.

Simon Wiesenthal is presently known as a man who dedicated his life to the effort of giving justice to the victims of the Holocaust. However, he was also an architect, which is a fact much less commonly known. “Café As – the Story of Simon Wiesenthal” is an exhibition that works as an exceptional testimony of the triumph of endurance, friendship, and humanity even in the bleakest conditions.

Educated in Prague and Lviv, Wiesenthal worked as a designer and made satirical drawings for the press until the outbreak of World War II. Arrested in July 1941, he was held prisoner in a number of death camps. When in 1945 a prisoner who could draw postcards was sought at the Mauthausen concentration camp – officially for the SS, and secretly for his fellow prisoners – Wiesenthal was the ideal candidate.

In captivity, he met a Polish prisoner, Edmund Staniszewski, a coffee seller before the war, who dreamed of opening a café in Poznań. At the end of the war, appreciative of Wiesenthal's artistic talent, he entrusted him with designing his future premises – he ordered drawings, delivered the paper, and saved him from starvation by bringing larger portions of food. Initial sketches were made in the camp. In the first weeks after the liberation, the architect refined them by preparing complete designs. He designed the exterior and interior, room decor, furniture,costumes for staff, cake decorations, and even posters and original advertising slogans – today we would say that he has developed a complete corporate identity.Unfortunately, Simon Wiesenthal and Edmund Staniszewski lost contact with each other for many years, and the As café was never established. If opened, it would have been located in the vicinity of the pre-war site of the Jewish Cemetery in Poznań.

The design was long considered lost. In 2018, the Jewish Museum in Vienna managed to acquire over 80 detailed sketches with the help of US Friends of the Jewish Museum Vienna. Nowadays, they are a symbol of hope in Simon Wiesenthal's fight for survival and a priceless document illustrating a hitherto little-known side of his biography.

The exhibition presented at the International Cultural Centre was prepared by the Austrian Cultural Forum for the 17th Festival of Jewish Culture Singer's Warsaw, which took place in 2020, on the basis of the Café As.The Survival of Simon Wiesenthal exhibition, opened in 2019 at the Jewish Museum in Vienna.

CAFÉ “AS” – THE STORY OF SIMON WIESENTHAL

Curator of the exhibition version prepared by the Austrian Cultural Forum: Stanisław Welbel 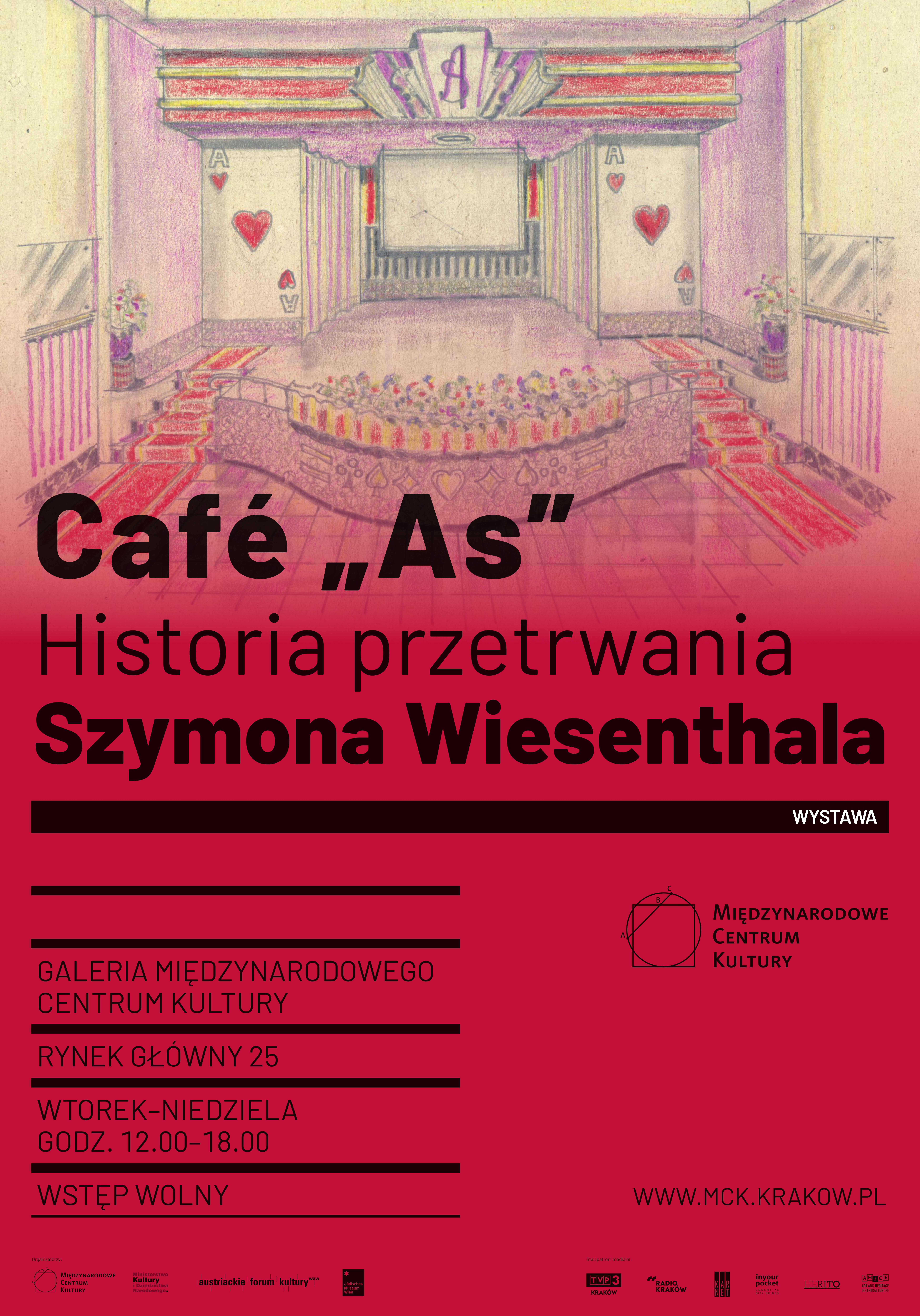