Home Publications Bookshop Albums The Armenian Cathedral and Its Creators 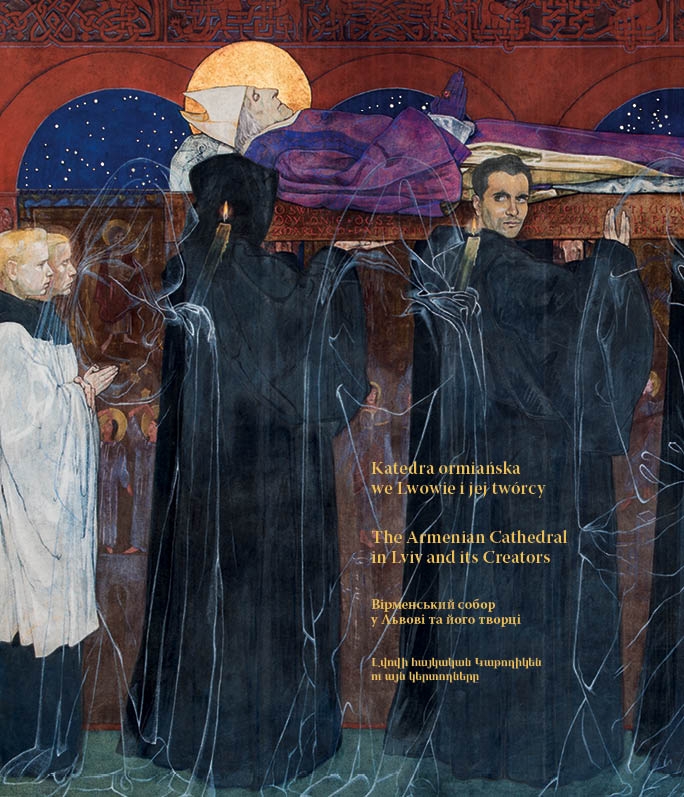 The Armenian Cathedral and Its Creators

978-83-63463-93-9
80.00 PLN
70.00 PLN
Add to cart
The catalog published on the occasion of the exhibition “The Armenian Cathedral and Its Creators” addresses the history of an exceptional monument in Lviv.

In the early 20th century, the cathedral, owned by the Armenian community located at the banks of the Poltva River since the Middle Ages, was thoroughly rebuilt. Its charismatic religious leader, the Bishop Józef Teodorowicz, commissioned for this work major representatives of the Young Poland artistic circles. The new Orthodox-looking architecture design was created by Franciszek Mączyński, the most important Krakow architect of the period of Art Nouveau and early Modernism. Decorations of the presbytery, including mosaics in the cupola, were designed by Józef Mehoffer. The interior was completed with a series of mural paintings by Jan Henryk Rosen, executed after the First World War. The resulting set constitutes one of the major works of Polish religious art of the interwar period.

The catalog discusses the history of the rebuilding and the execution of the interior decoration, as well as the biographies of its creators. The idea for the exhibition and the catalog sprang from the recent conservation of the paintings by Jan Henryk Rosen, executed thanks to the financial support of the Ministry of Culture and National Heritage and organised by the Academy of Heritage Alumni Association, a postgraduate studies program in cultural heritage management run since 2002 by the ICC and the Małopolska School of Public Administration of the Krakow University of Economics.

A world before a Catastrophe

The book takes the reader on a journey into the past and reveals...
56.00 PLN
Add to cart

The logic of the local. Norwegian and Polish contemporary design

Is contemporary design merely a tool for creating...

What do we know about Galicia? What is Galicia today? What values...
100.00 PLN
Add to cart
×
added to cart:
continue shopping go to shop go to cart