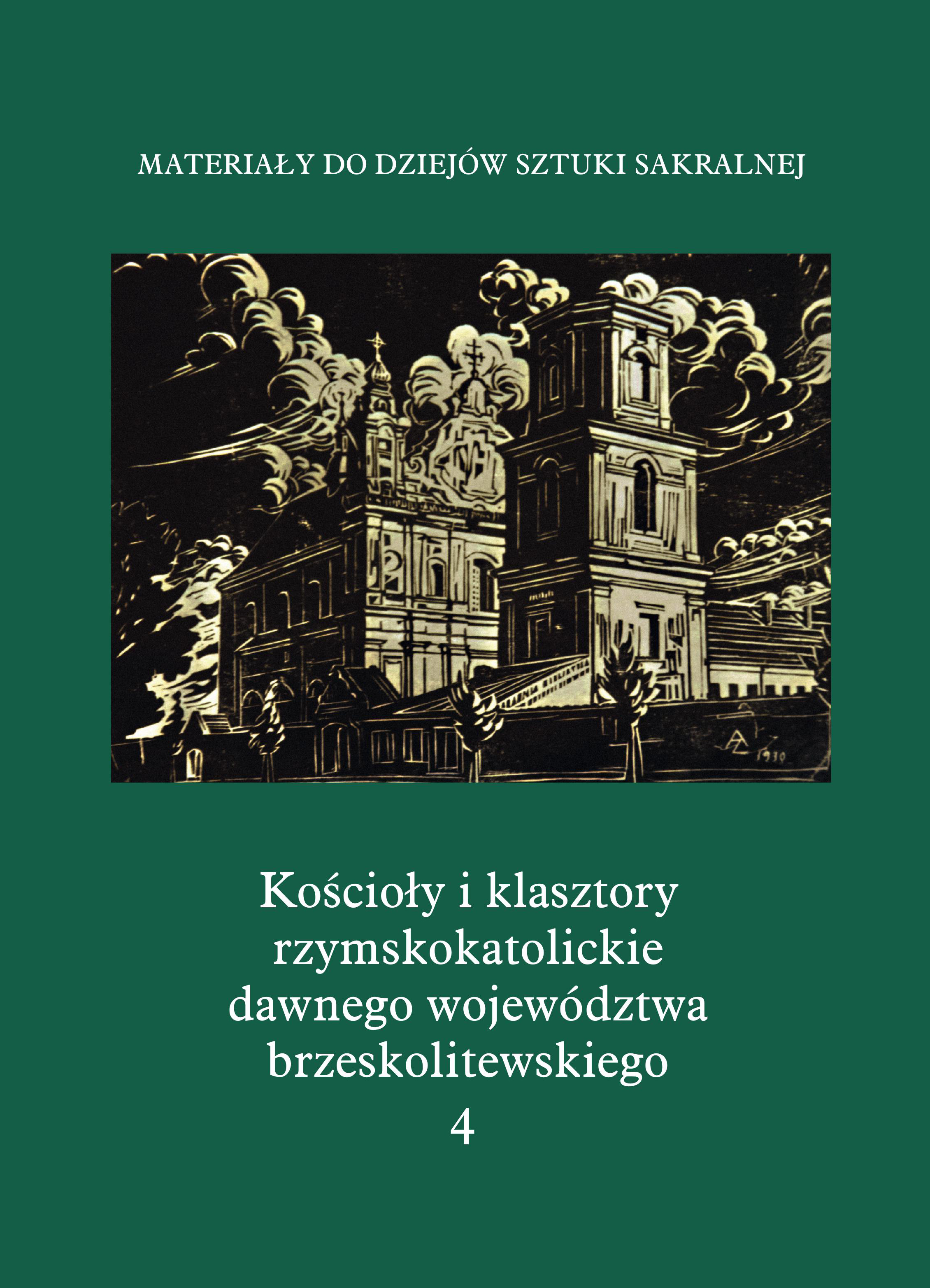 Roman Catholic Churches and Monasteries of the Former Brest Voivodeship. Cathedral in Pinsk

ISBN: 978-83-63463-99-1
50.00 PLN
40.00 PLN
Add to cart
“The city of Pinsk, formerly called Pinnum after the Pina River, located in Belarus in the Brest Region, in the drainage basin of the Black Sea, full of Ruthenians, mainly schismatics, apart from other churches, contains also a parish church under the care of the Franciscan order” – reads a diocese document from 1727.

The history of the Basilica of the Assumption of the Blessed Virgin Mary offers an apt illustration of the changing and often tumultuous history of many churches in the former eastern borderlands of the Polish Republic. The present Cathedral of the Diocese of Pinsk remains the city’s only working Roman Catholic church. Initially, it served two functions – it was the Franciscan order’s monastery church, as well as a parish church. After the monastery was closed in 1852, only the latter function was preserved. It was upgraded to the status of cathedral when the Diocese of Pinsk was founded in 1925, which was suspended from 1946 to 1991 in the period when the diocese administration was dissolved in Belarus, and then restored in 1991.

The fourth volume of the fifth part of Materiały do dziejów sztuki sakralnej na ziemiach wschodnich dawnej Rzeczypospolitej contains a comprehensive discussion of the history, architecture, interior decoration and furnishing of the Pinsk cathedral. The book features a list of cited archive materials, bibliography, index of names and locations, as well as a list of figures.

The Power of Heritage. Socio-Economic Examples from Central Europe

What is the social value of cultural heritage? Is...

“The city of Pinsk, formerly called Pinnum after the Pina River,...
40.00 PLN
Add to cart
×
added to cart:
continue shopping go to shop go to cart