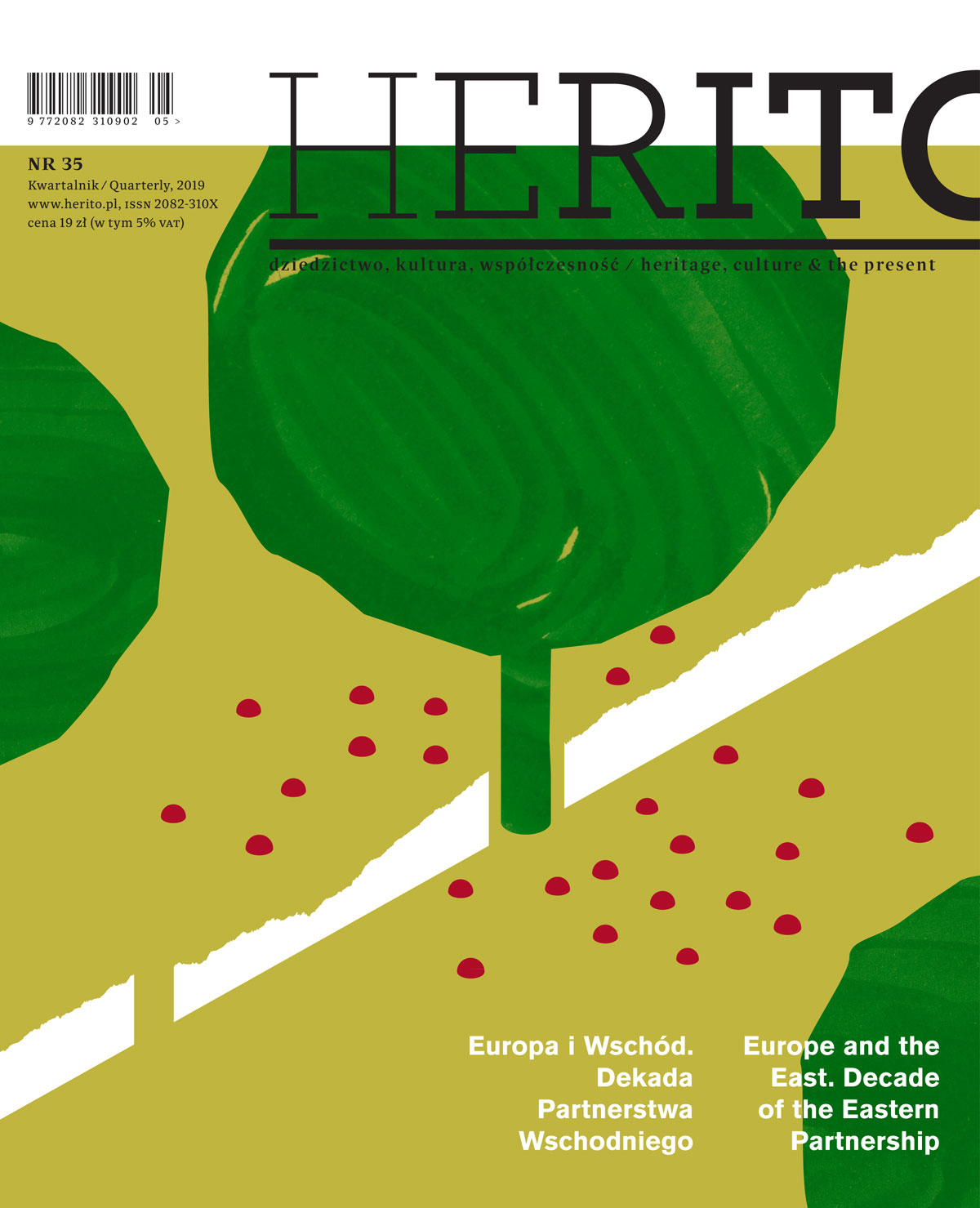 HERITO, nr 35: Europe and the East. Decade of the Eastern Partnership

9 772082 310902 05
15.00 PLN
Add to cart
Has the East ceased to interest the West and how has the “new East” been defined after the political transition of 1989? What was the role of the Dnieper in the formation of the Ukrainian national identity and why is the future of this country dependent on this river? Who has won the unofficial competition for the contemporary national hero of Moldova? What can we learn from the Crimean Tatars? Has Europe begun in Georgia and what did the Eastern Partnership offer to the countries of South Caucasus?

The Eastern Partnership, orchestrated by Poland with the support of Sweden, is a part of the European Neighbourhood Policy. Initiated in 2009, it is addressed to three Eastern European countries: Belarus, Moldova, and Ukraine, as well as three countries of South Caucasus: Armenia, Azerbaijan, and Georgia. Ten years later we are in a convenient moment to recapitulate the program; it is also an exceptional time, since both Europe as well as its geopolitical contexts have undergone dramatical changes. New challenges together with cultural and historical aspects of the Eastern Partnership are the subject of this issue.

Paweł Kowal discusses the genesis of the Eastern Partnership, Krzysztof Czyżewski writes about the significance of “small global centres” to the formation of intercultural dialogue, Mykoła Riabczuk, Katarzyna Kotyńska and Mykoła Kniażycki, Anna Łazar, Ramin Mazur, Wojciech Górecki, Ewa Polak and Michał Jurecki present the member countries of the Eastern Partnership, Rafał Dutkiewicz describes the history of the monument to Polish professors in Wuleckie Hills in Lviv, while Adam Balcer and Żanna Komar reveal the heritage of Crimea and the Crimean Tatars. The issue features John Maciuik’s text on the 100th anniversary of Bauhaus with his analysis of the school’s impact on the arts, architecture, and design of Central Europe.

HERITO, no. 1: Symbols and clichés

Herito – a bilingual English-Polish quarterly – is a new initiative...
5.00 PLN
Add to cart

Should the Palace of Culture and Science in Warsaw be preserved or...
15.00 PLN
Add to cart

What will remain after the European Year of Cultural Heritage 2018?...
25.00 PLN
Add to cart
×
added to cart:
continue shopping go to shop go to cart