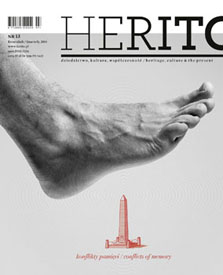 19.00 PLN
5.00 PLN
Add to cart
Each community devises specific modes of remembering, but also of forgetting uncomfortable facts. Ars memoriae and ars oblivionis constitute an inseparable pair, as Robert Traba points out. And, he adds, forgetting is sometimes necessary in order to find some kind of balance after tragedy and turmoil, but – he also warns – excessively fixed forgetfulness may turn into the nightmare of fratricidal struggle. An ideal goal would be “polyphony of various types of memory” and “a conscious balance between remembering and forgetting”.

But how could this ideal be put into practice? Stanisław Obirek attempts to offer a solution. Instead of a confrontational model, whose essence is defending one’s own vision of the past, he proposes a dialogic model – an approach driven by curiosity. This is because true dialogue excludes planned forgetfulness, Obirek says, and rather encourages a change in one’s own stance resulting from newly discovered facts. Following this idea, in this edition of Herito we try not only to become oriented in the nature of conflicts of memory, but also to look around the landscape of memory that surrounds us, Central Europeans. For, above all, one needs to start with oneself.

Socialist in content and national in form – these were required...
20.00 PLN
Add to cart

HERITO, no. 8: Nations – history and memory

The new, eighth issue of the Herito quarterly devoted to nations in...
5.00 PLN
Add to cart
×
added to cart:
continue shopping go to shop go to cart