Dissonant heritage? The architecture of the Third Reich in Poland – English version 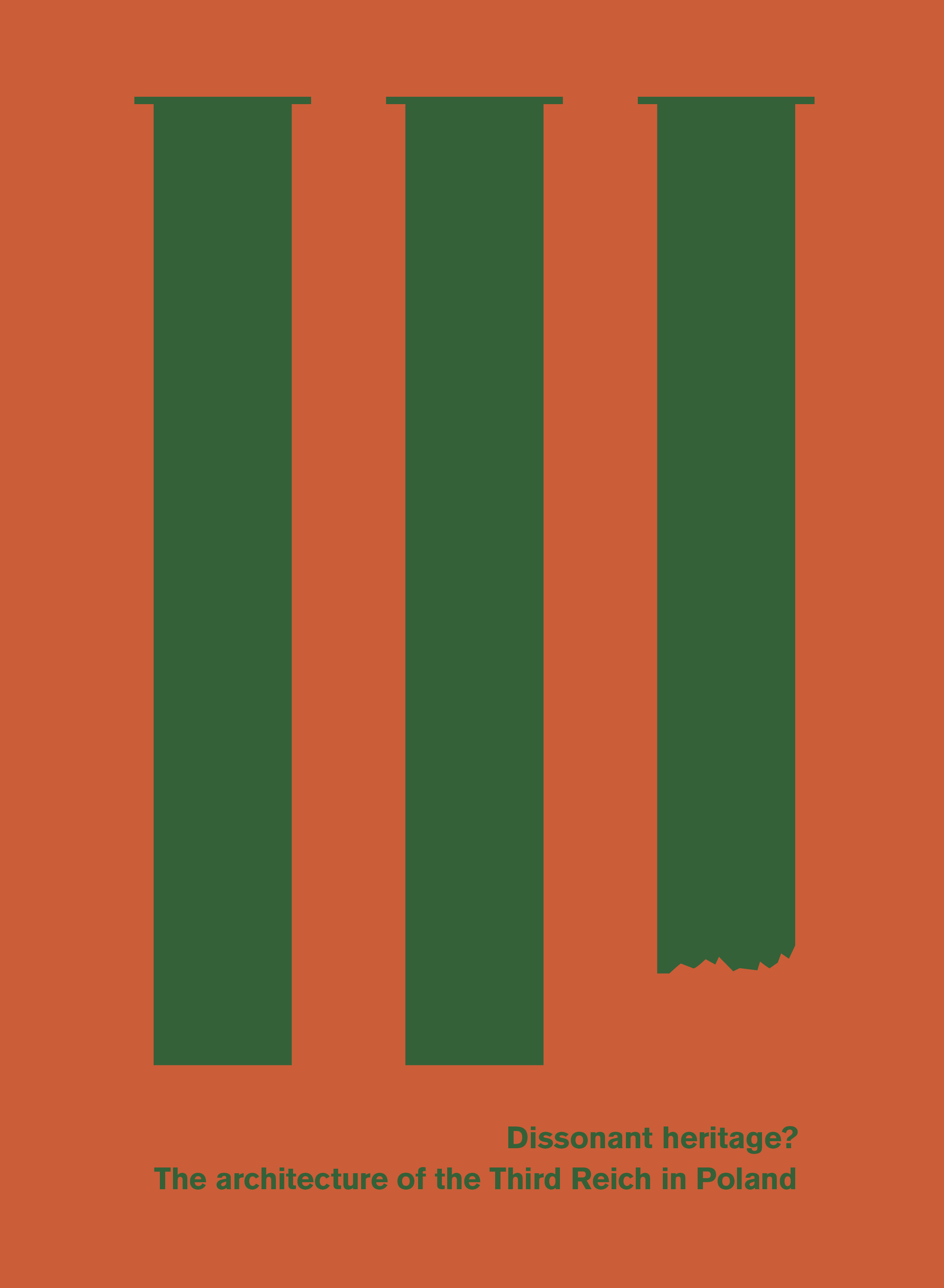 Dissonant heritage? The architecture of the Third Reich in Poland – English version


Heritage can often be difficult, as best evidenced by the former Auschwitz concentration camp or the Palace of Culture and Science. In Poland, however, the most problematic is the heritage left behind by the Third Reich. The complexity of this issue is demonstrated in the latest book by the International Cultural Centre. It also provides the most complete, often surprising, overview of these "badly born" buildings to date.

The territory of today's Poland was also an area of a great spatial experiment, which consisted in the creation of the German Lebensraum. An experiment than spanned all architectural scales: from the "model province" to the "ideal German city in the East", the "model village" and "model apartment for a German family". It was implemented differently in the territories belonging to Germany before the war, and differently in the areas of the conquered Polish Republic, which were either incorporated directly into the Reich or formed the General Government. While in Gdańsk, Szczecin or Wrocław, the presence of Nazi architecture is not uncommon, its examples in Ciechanów, Pułtusk or in Wawel Hill may be surprising.

Some plans were implemented, others remained on paper. Some structures still bear their dissonant stigma, but many have blended in with their surroundings. The authors investigate the sources and reconstruct their intended meaning, addressing structures such as Ordensburg in Złocieniec in West Pomerania – a training centre for new Nazi elites made to resemble a Teutonic castle – or Eichenkamp near Gliwice – a model settlement for SA and SS officers which introduced the German oak not only in its name. Many of these projects and designs entailed symbolic violence. Without persistent Germanization, without erasing Polishness, it would not be possible to transform Poznań into a "new administrative and cultural centre of the German East", create a "new German city of Warsaw" or "restore" Krakow to its "ancient Germanness" and change it into Nuremberg of the East.

Hiding behind architecture was ideology, and behind ideology – crime. The reverse side of what was built and rebuilt for the "master race" were ghettos and displacements. Prosperity based on slave labour of the subhumans. The infrastructure of extermination – death factories and camps providing almost free labour in line with the doctrine of "destruction through work" so perversely paraphrased at the gate in Auschwitz.

It is difficult to come to terms with dissonant heritage. Even though it has healed, the space marked by history still bears the trace of damage, violence and atrocity. However, the eighty years that have passed since the war have allowed researchers to look at this heritage "without anger and without pleasure". And at the same time, pose an important question: are we able as a society to move from emotion to debate, from controversy to reflection, to consider why and on what terms can the heritage of hatred left by the Nazis, this dramatic testimony of history in Poland, be preserved?

Cracow in the European Core (ENG)

Nowhere is history of civilization and culture...

The Power of Heritage. Socio-Economic Examples from Central Europe

What is the social value of cultural heritage? Is...