As part of the nationally licensed academic databases, the following databases were made available in 2019: 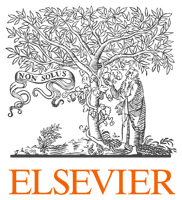 Peer-reviewed scholarly literature available at both ScienceDirect and Infona servers. National academic licence gives access to 1,851 journals with archival issues stretching back to 1995, as well as over 420 titles that are no-longer continued (or continued under a different title). The national licence has also been extended by two collections: the first featuring 838 books (mostly monographs) from 2013 and 803 volumes from book series and handbooks published from 2011-2015, the second featuring 874 books (mostly monographs) from 2014. The books are available at the provider’s server.

Books and journals available at the SpringerLink platform, the publisher’s server and Infona platform. The licence comprises 2,008 Springer journals and 425 archival journals including all the back issues. The Springer collection also makes 579 journals available via Open Access and 107 new titles (testing access). Springer’s national license features book series (10,558 volumes), as well as collection of English-language e-books published in 2003, 2005 and 2009-2011 (currently amounting to 16,700 titles).

Web of Science is a package of databases produced by Thomson Reuteurs. The licence covers the core citation indexes and the Citation Connection packages. The indexing services of the WoS bases include the Master Journal List which features over 12,000 on-going journals. All the nationally licences databases can be found at the WoS platform. A special information site on the WoS resources has been created by the supplier for their Polish users.

The journal available through the official server of the supplier, i.e. Nature Publishing Group (NPG). The national licence gives access to current and past (2010-present) issues.

The journal available through the official server of the supplier, i.e. American Association for the Advancement of Science. The national licence gives access to current and past (1997-present) issues.

An interdisciplinary abstracting and citation database of peer-reviewed literature from such fields as maths and science, nature, medicine, and the humanities. Currently Scopus features over 23,000 peer-reviewed journals (3,600 of which are open access journals), 145,000 books, 562 book series, as well as 8 million conference proceedings. In 2017, the databases contained over 67 million bibliographic records with more than 45 million citations and 45 million patent records. Indexing by Scopus also covers scientific websites. Half of the Scopus journals are published outside of the USA. Scopus also helps to calculate one’s H-index from 1970.
Wiley

Journals available through the official server of the publisher, i.e. Wiley Online Library. The licence comprises 1,405 titles (science and the humanities), as well as archive issues going back to 1997. The national licence has been expanded to include 2,450 books published in 2009 and 2015. The official Polish Wiley website with additional information on the supplier and links to nationally licences databases is also available.