For long weeks of quarantine, we dream to go on a trip, escape for a while outside the city. That is why today we offer a visit to a special place, associated with health and vitality for years. We will visit a city where various threads of Central European stories are intertwined.

Piestany is a small town in Slovakia, picturesquely located on the Váh river. It became famous thanks to thermal waters, probably known there since the Middle Ages. However, the flourishing of Piestany dates back to the time that was favorable to health resorts in Europe, i.e. the 19th century (illustration 1). The development of medicine and the growing awareness of hygiene and the impact of nature on human health meant that in that century, health resorts were created in large numbers throughout Europe. Tired of speeding progress and growing industrialization, the townspeople sought contact with nature in them - one that suits their imaginations, in the right setting and with access to a luxury hotel and spa. Piestany owe their Renaissance to the family of Jewish-Hungarian merchants Winter. Alexander Winter settled there with his sons in the 1880s. He rented the baths from Count Erdődy, the so-called Piešťany baths, which he built in the 1920s, giving rise to the spa island on the Váh, called Kúpeľny ostrov in Slovak (Fig. 2). Winter immediately began to expand the spa, employing his eldest son Ludwik (also known under the Hungarian name Lajos). Ludwik, educated in Vienna, was then twenty years old. Despite his young age, he stood up to the challenge and raised Piestany to the rank of a fashionable resort. After the death of his father in 1909, he completely took over the management of the spa. On his initiative, many buildings were erected in Piestany, including the pride of the city - the Thermia Palace hotel and the Irma spa (il. 3, 4, 5, 6). At the time of its opening in 1912, it was the most modern hotel and spa complex in Europe. It is not surprising that in 1917 he was chosen as the place of a unique meeting. It was there that three emperors stayed: German Wilhelm II, Austrian Charles I and Bulgarian Ferdinand I to discuss further warfare.


In the interwar period, Piestany did not slow down. Ludwik Winter in the years 1919–1935 was the president of the Association of Slovak Spas. He intensively developed Piestany, equipping them with new pavements, asphalt roads as well as water supply and sewage systems. At that time Piestany also gained a lot of modern architecture. Modern hotels in functionalist style have been built in the city center. Excelsior and Eden (il. 7) are next to each other and you can think that this is one complex. In fact, two architects from Piešťany Pavel Weisz and Ľudovít Weiss received independent orders. The solids harmonize with each other in style and also in the rhythm of the balconies. Eden is distinguished by a dynamic, rounded corner and a façade varied by round staircase windows and strongly protruding balconies. Excelsior is slightly more raw in form and economical in means. Galleries stretching along the floors and the back two last floors give the impression of cascading. Both hotels are still operating - Eden under the old name, and Excelsior as Yalta.

During this period, Piestany also gained an object that is still the symbol of the city today. In the years 1930–1931, the wooden bridge over the Váh river connecting the city center with the island was replaced by a reinforced concrete structure. The Column Bridge (Slovak: Kolonádový most) (il. 8.9 to choose or both) performs not only a communication but also a recreational function. It is two-speed, one lane for car traffic, the other - roofed, with pedestrian benches - is a promenade overlooking the river. Its style is clearly functionalist, economical. It contrasts with the figure placed on the bank from the city side. The so-called barlolámač is a figurative representation of a young man breaking his knee by Robert Kühmayer (Fig. 10). This sculpture perfectly captures the spirit of the era, rushing forward, wanting to escape from what was so recently the everyday reality of all of Europe: the view of battlefields and war invalids. The modernist cult of the body and love of sport was a reaction to the catastrophe of World War I, which left traumatized and mutilated, also physically, society. The Piešťany sculpture is a perfect expression of this. 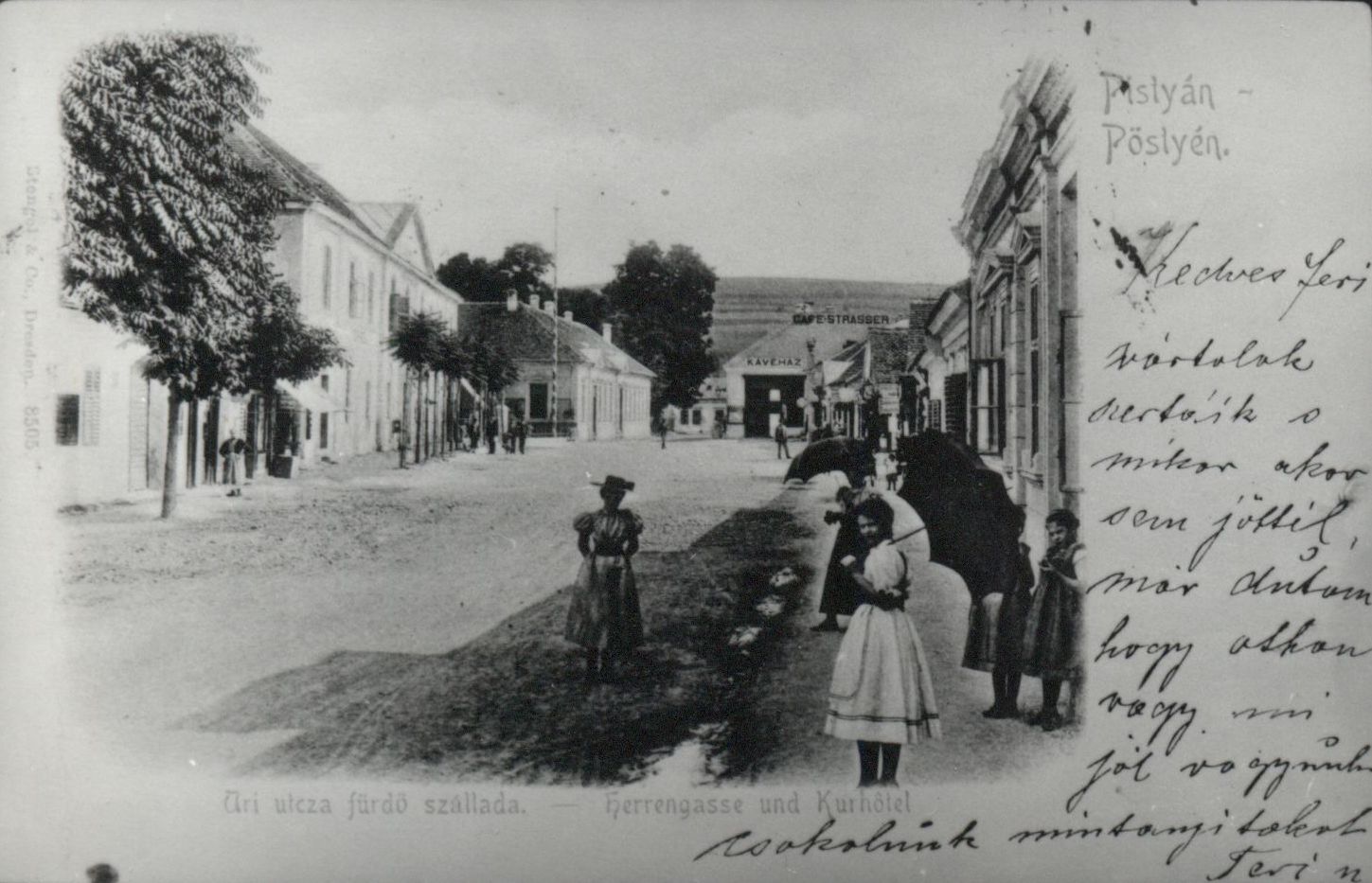 Postcard from Piestany, 1899, in the collection of the Hungarian Trade and Tourism Museum in Budapest (Magyar Kereskedelmi és Vendéglátóipari Múzeum) via Europeana. 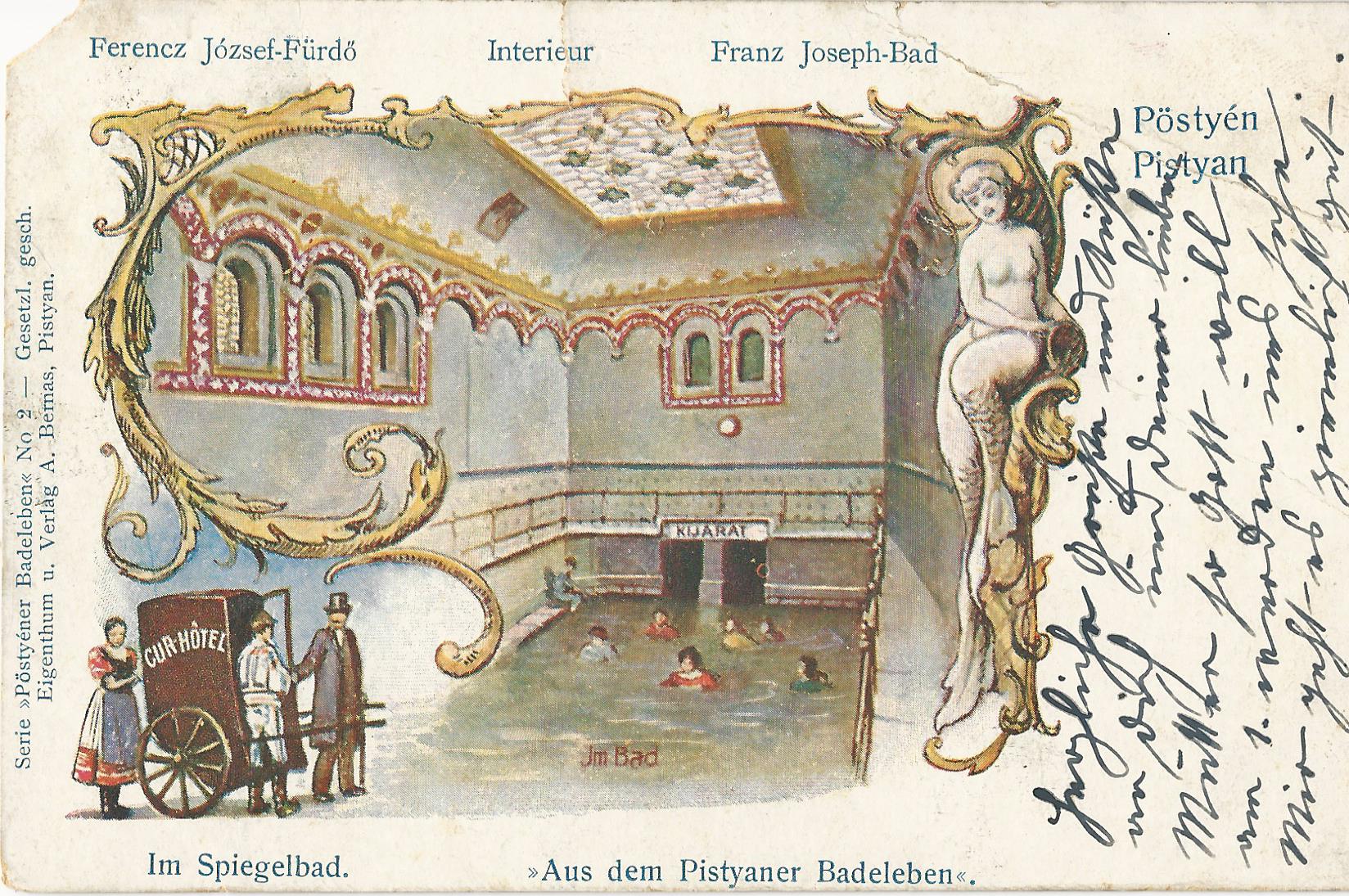 Franz Josef's Baths in Piestany, postcard from 1909, in the collection of the Hungarian Trade and Tourism Museum in Budapest (Magyar Kereskedelmi és Vendéglátóipari Múzeum) via Europeana. 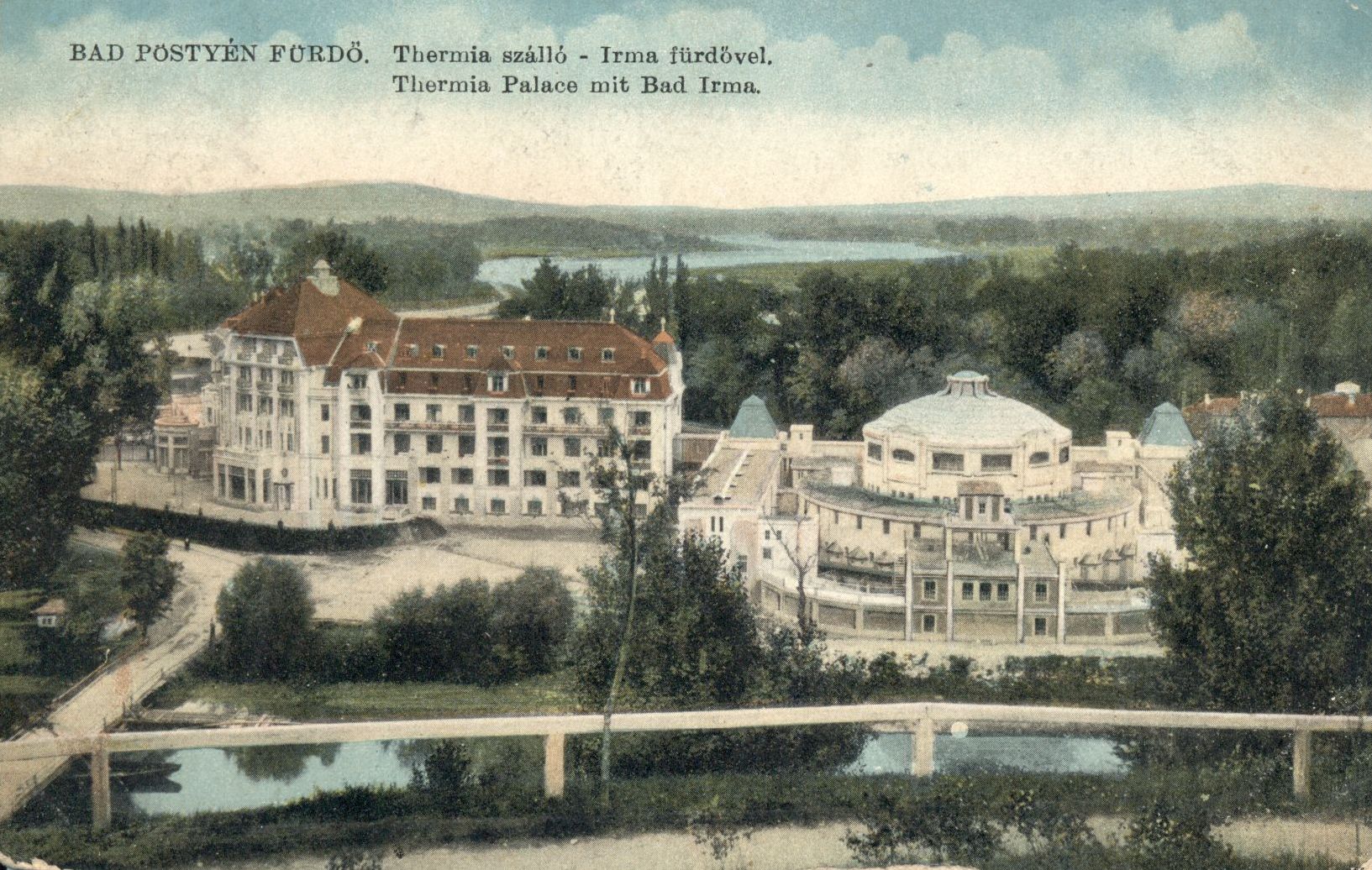 Therma Palace and spa Irma, postcard from 1914, in the collection of the Hungarian Trade and Tourism Museum in Budapest (Magyar Kereskedelmi és Vendéglátóipari Múzeum) via Europeana. 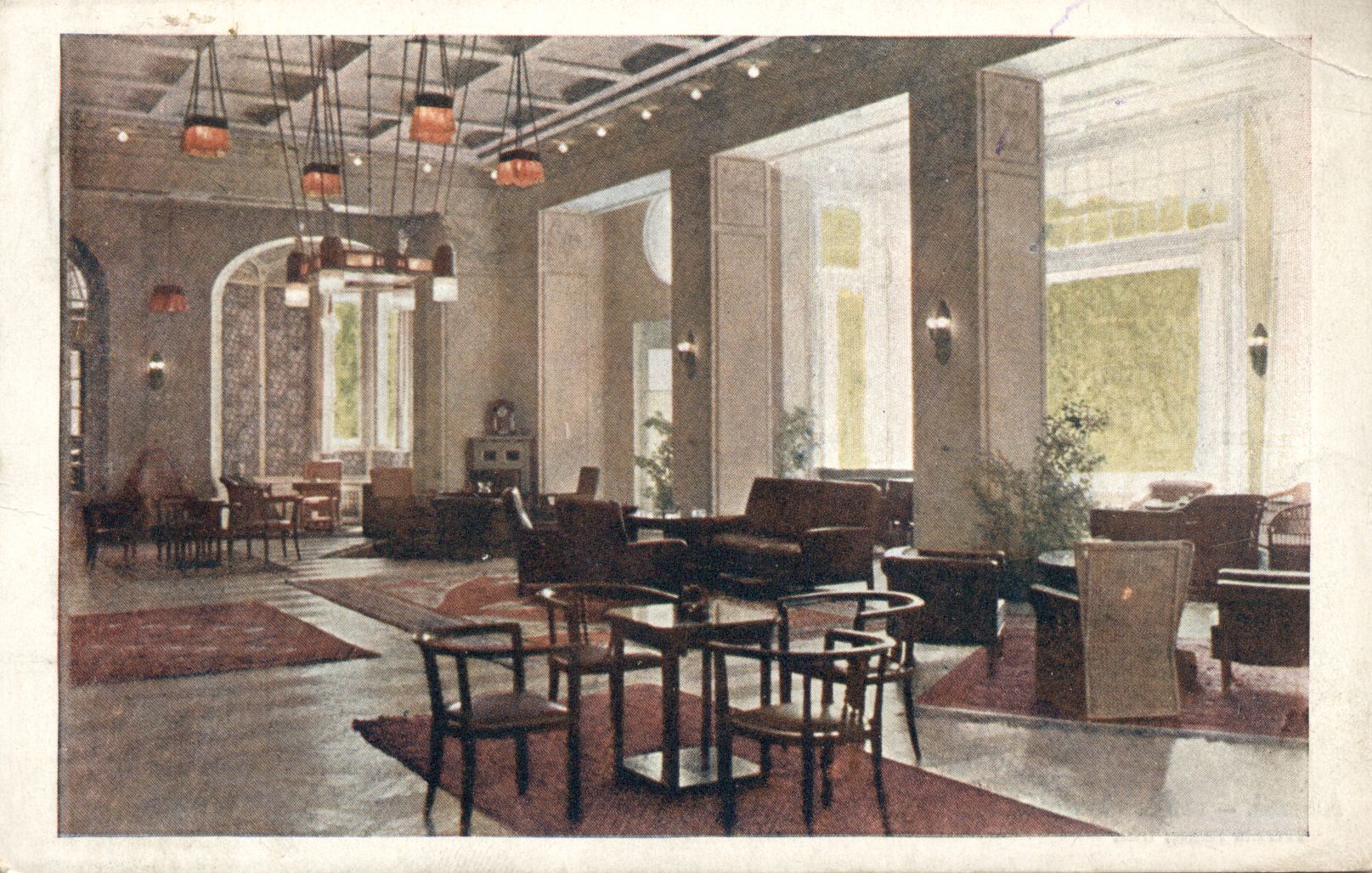 Interior of Therma Palace, postcard from 1918, in the collection of the Hungarian Museum of Trade and Tourism in Budapest (Magyar Kereskedelmi és Vendéglátóipari Múzeum) via Europeana. 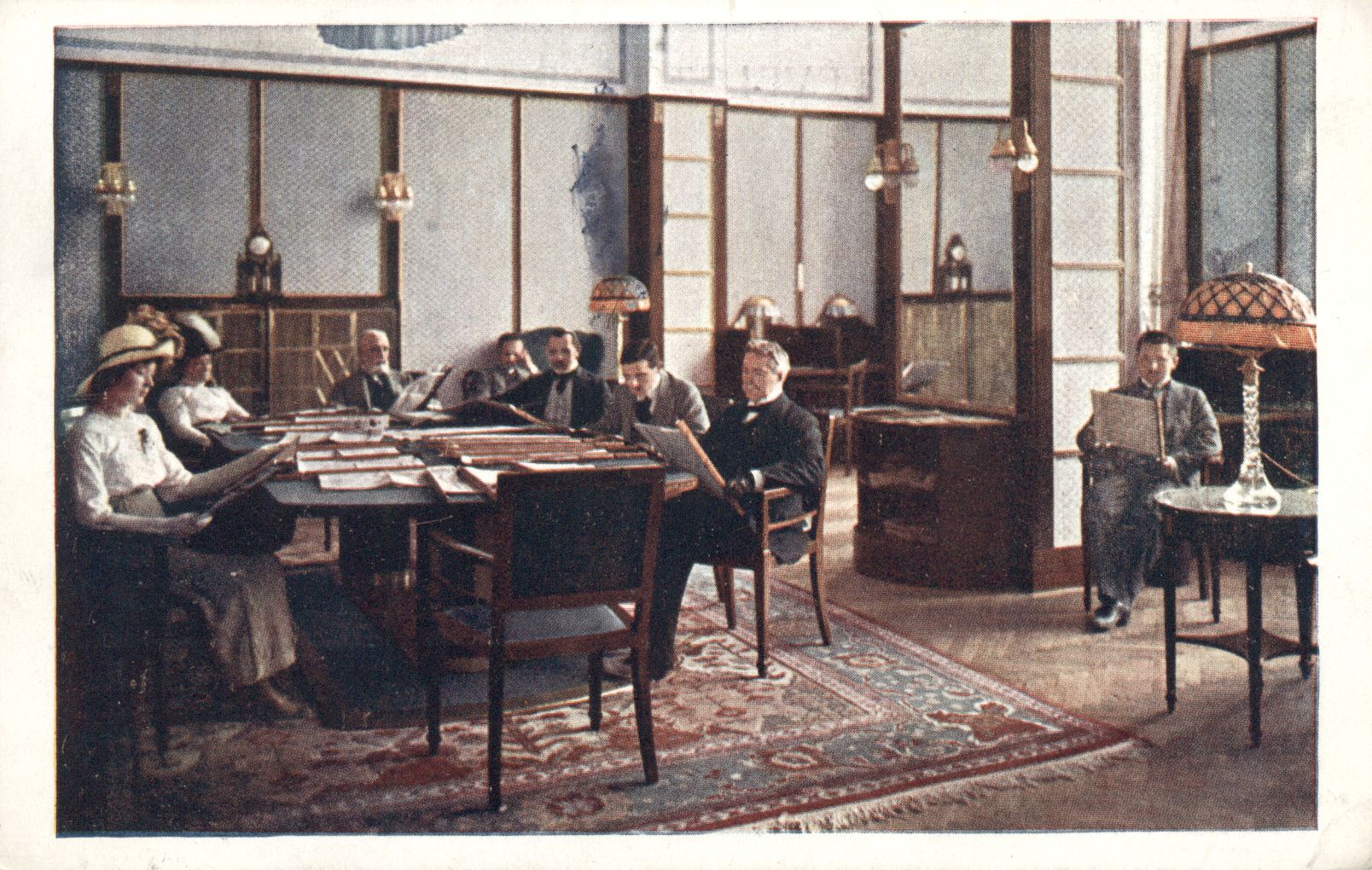 Interior of Therma Palace, postcard from 1916, in the collection of the Hungarian Museum of Trade and Tourism in Budapest (Magyar Kereskedelmi és Vendéglátóipari Múzeum) via Europeana. 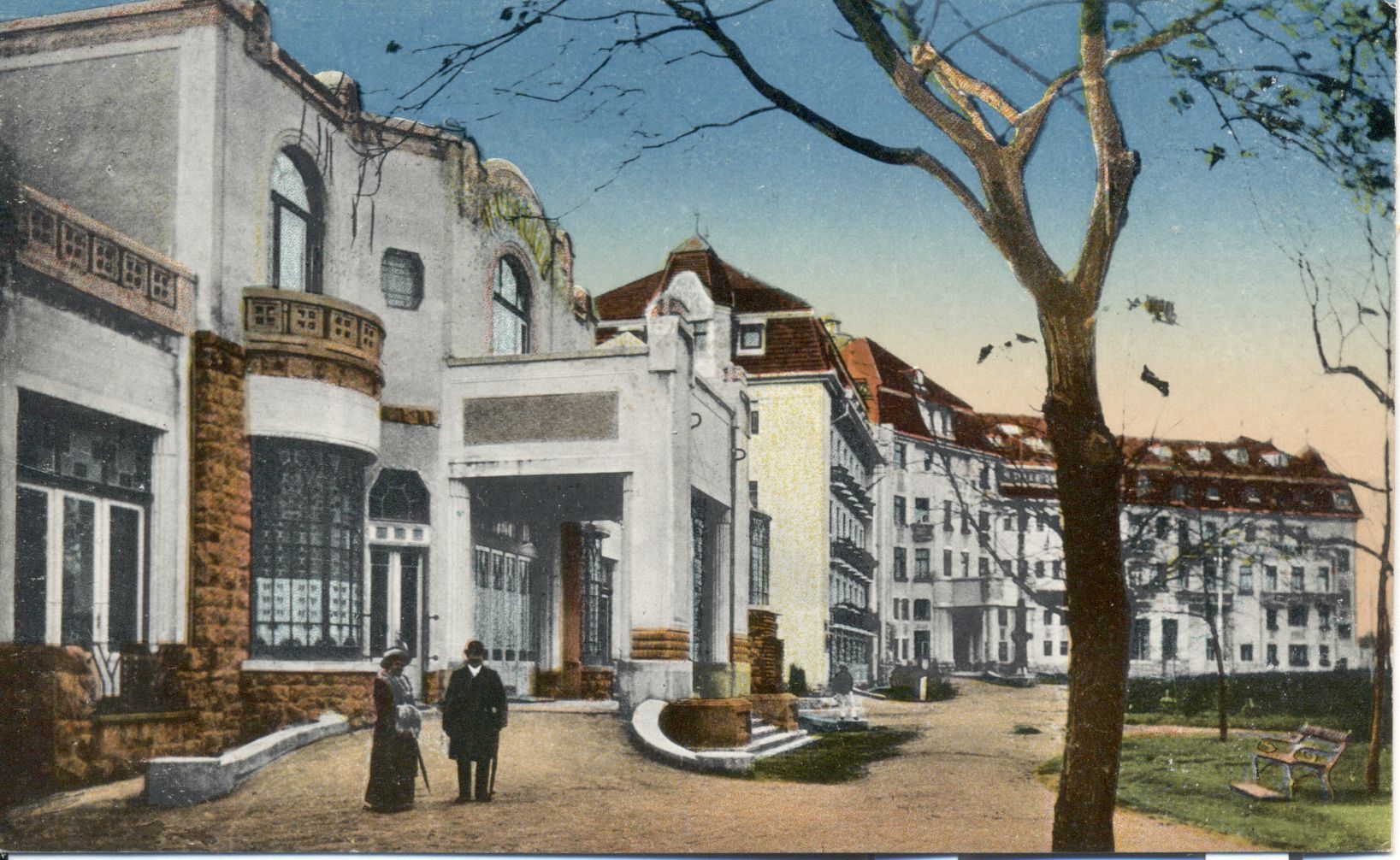 Therma Palace and Irma spa, external view, postcard from 1916, in the collection of the Hungarian Trade and Tourism Museum in Budapest (Magyar Kereskedelmi és Vendéglátóipari Múzeum) via Europeana. 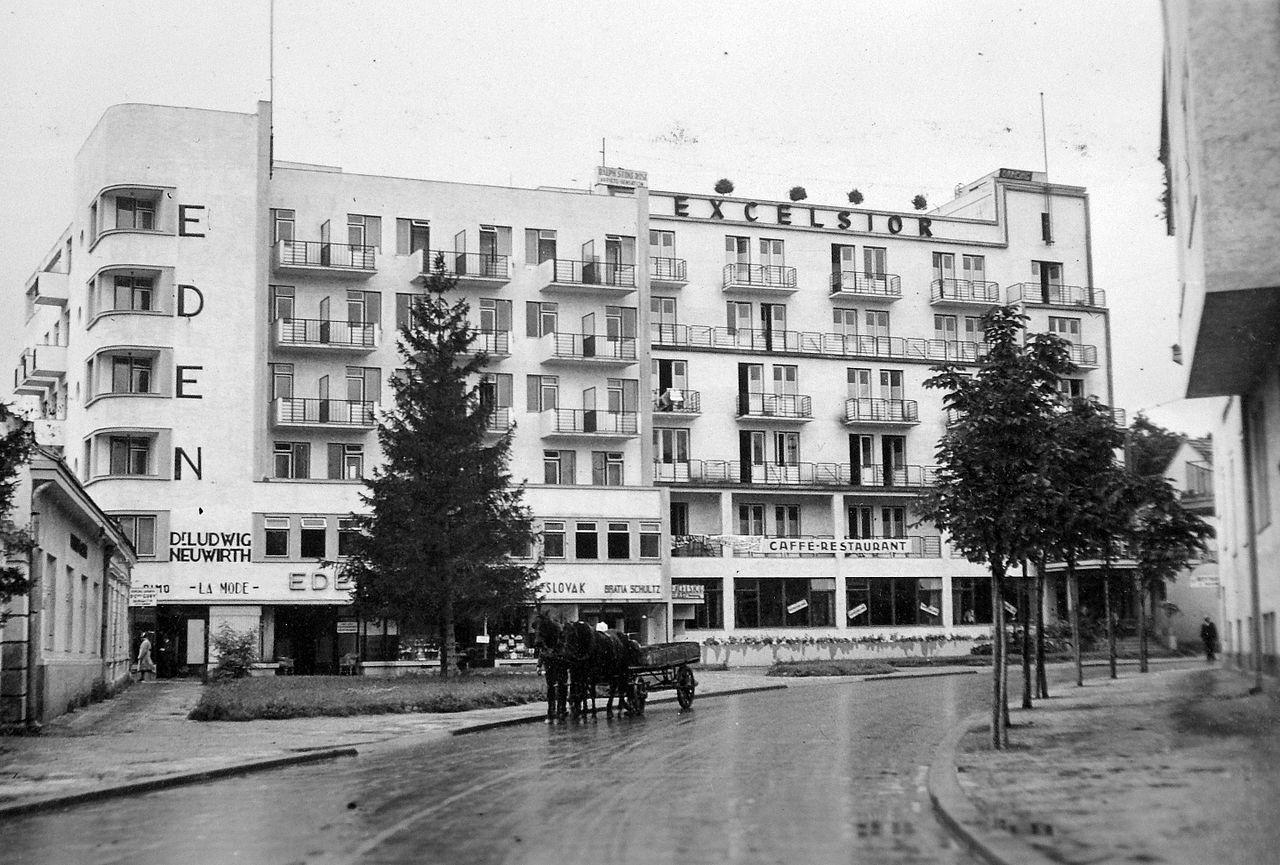 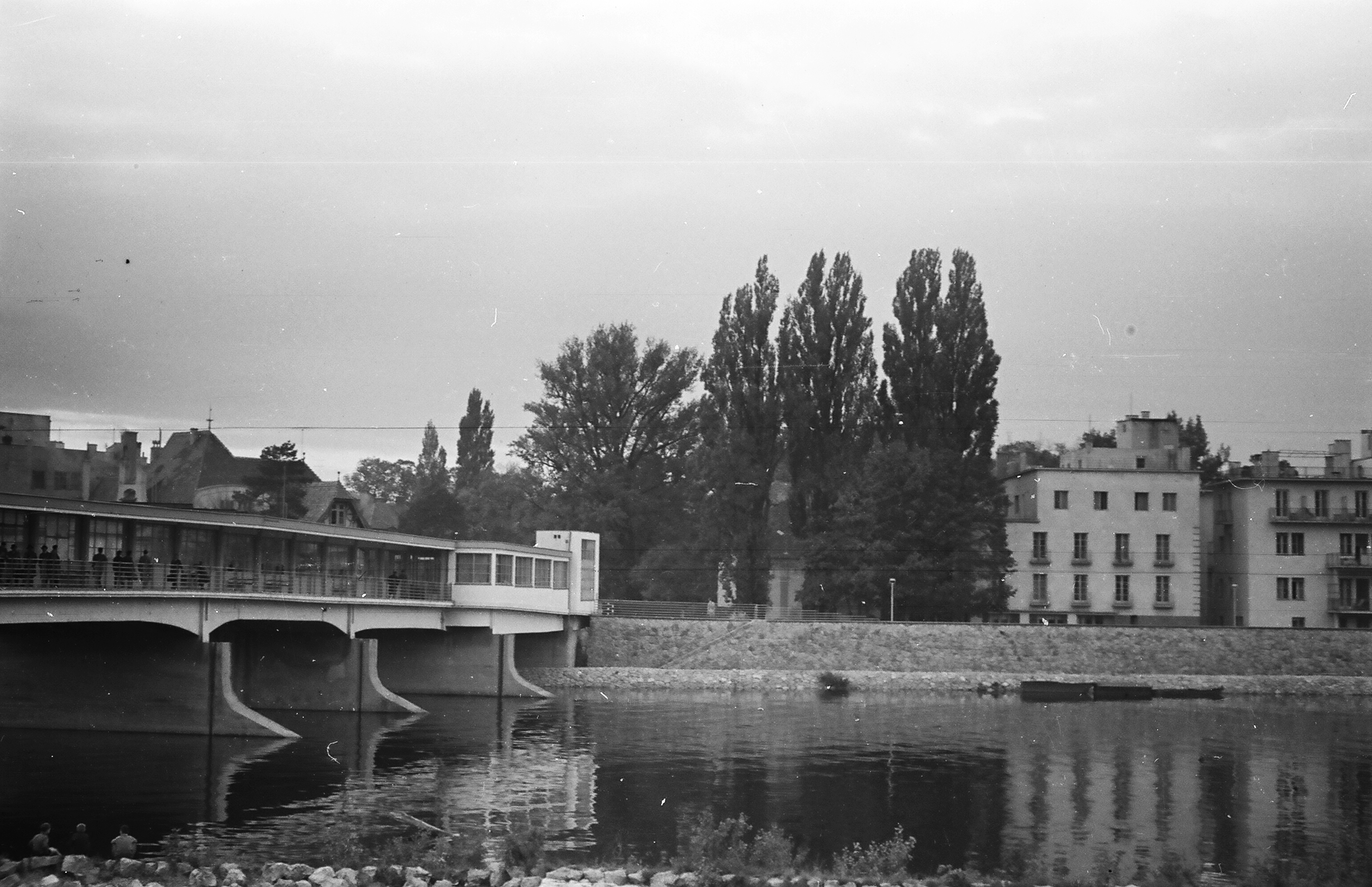 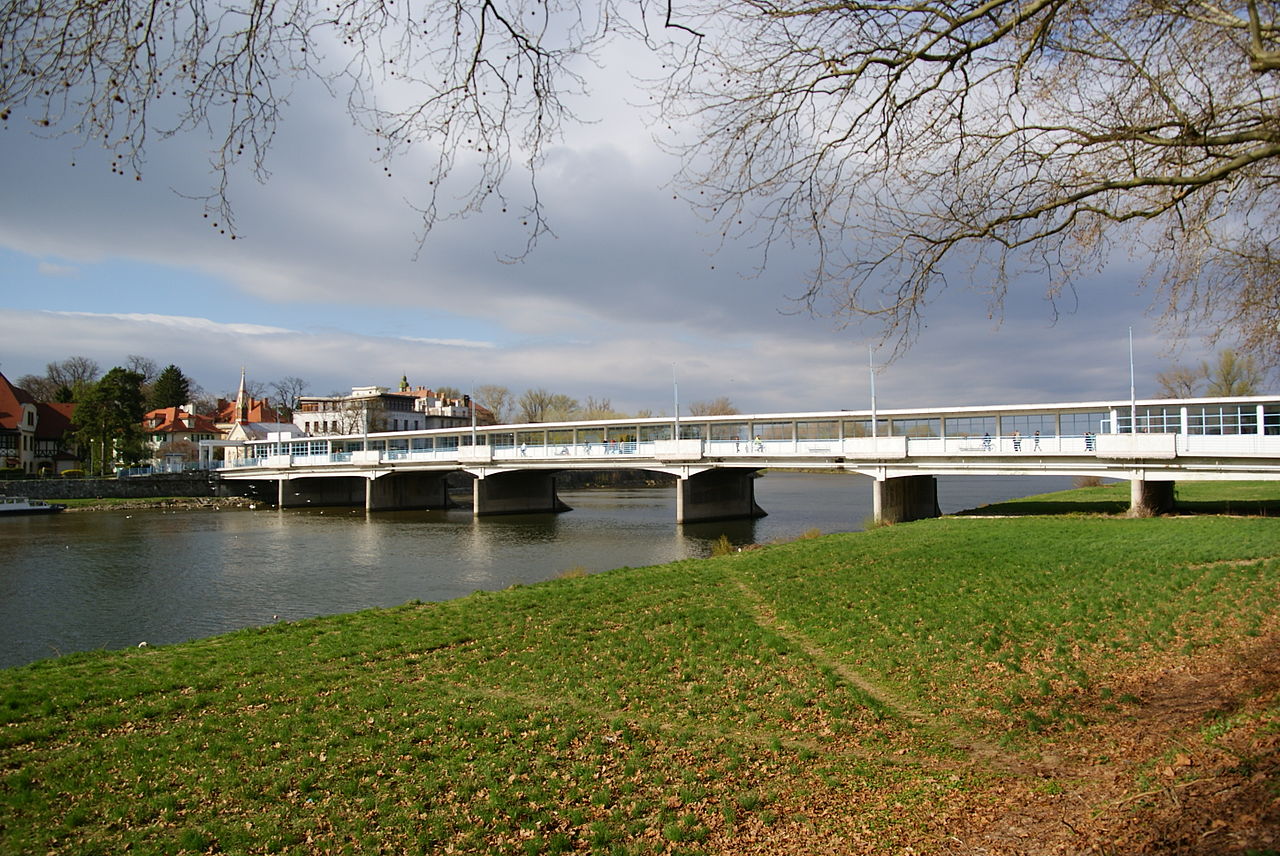 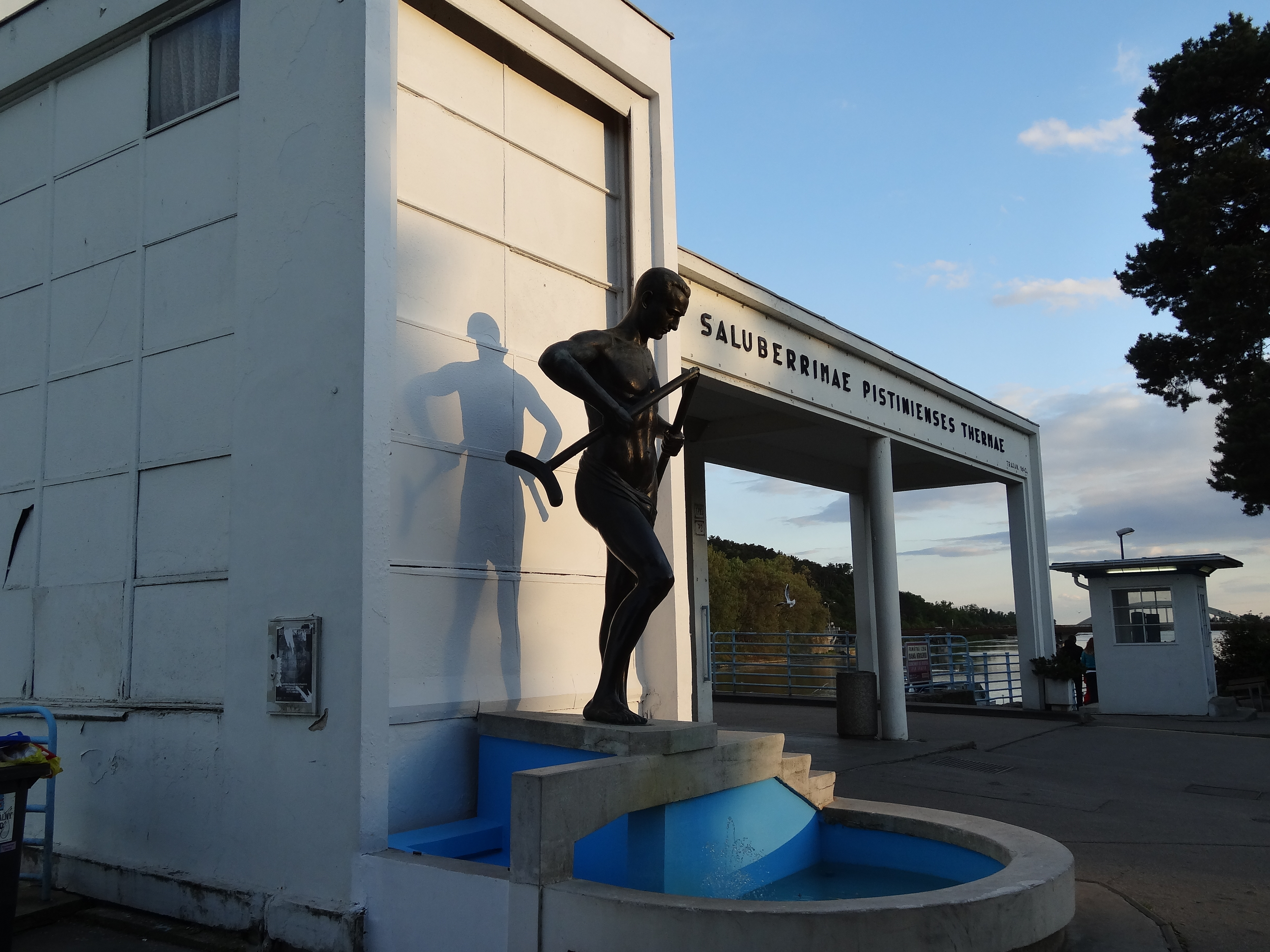